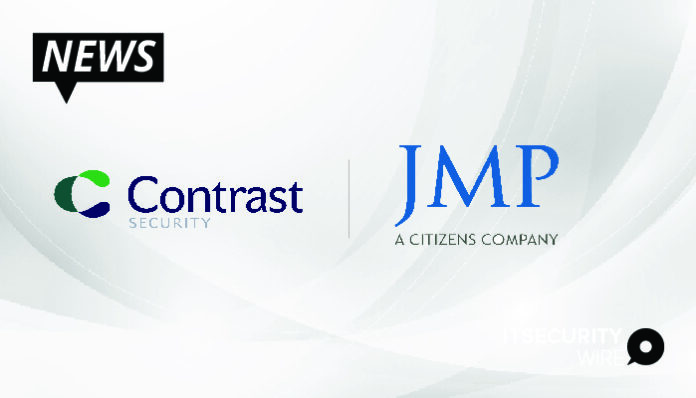 Contrast Security (Contrast), the leader in code security that empowers developers to secure-as-they code, today announced it was named for the fourth consecutive year to JMP Securities Elite 80, a list of the hottest, most interesting, and strategically positioned privately held cybersecurity and IT infrastructure companies. The eighth annual JMP Securities Elite 80 report features not only technology leaders in their respective markets but the future titans of the cybersecurity and IT infrastructure markets.

The way in which organizations embrace digital transformation and the strategies that they adopt to prepare for the post-pandemic normal will have profound implications on their long-term success. This is why tens of thousands of developers at some of the largest brand-name companies in the world, including BMW, DocuSign, AXA, Zurich, SOMPO Japan, American Red Cross, and numerous other leading global Fortune 500 enterprises, have turned to Contrast to get secure code moving.

Contrast was recognized as an Elite 80 for its Contrast Secure Code Platform that ignites innovation velocity. It gets secure code moving through the entire application development pipeline and continuously protects applications across the complete software lifecycle. A growing number of the world’s largest private and public sector organizations rely on Contrast to secure their applications in development and extend protection to cloud and on-premises applications in production.

“We are living in a world that is run on software, especially as every business becomes increasingly more software centric. Yet, all that software is continuously threatened by cyber attacks, which is why there is such a universal need for improved software security,” said Alan Naumann, Chief Executive Officer at Contrast Security. “Being named a JMP Elite 80 company for the fourth consecutive year is validation that our technology is very unique and in high demand. Our platform provides actionable findings that developers can use to find code vulnerabilities, remediate them quickly and then ship business critical software that is safe from ongoing cyber attacks.”

“We are also seen as a strategically positioned cybersecurity company with a terrific balance sheet and strong fundamentals. In late 2021, we partnered with our investors on a Series E funding round that allows us to continue to invest, gain market share, and meet the growing demand for Contrast’s award-winning platform for code security,” said Naumann.

The JMP Elite 80 report states, “One clear data point validating our thesis that now is the time for new vendors to emerge is the funding environment, as venture capital and private equity investors dramatically stepped up their investing in 2021. More specifically, the companies in our Elite 80 report raised almost $7 billion in 2021, whereas the Elite 80 raised $3 billion in 2020, which was the prior record. Those vendors that are astute enough to recognize the opportunity at hand and that can capitalize on differentiated technologies not only position themselves to survive the pandemic but are in position to become dominant market leaders.”

Software is being shipped with critical vulnerabilities, and it is time to stop. The Contrast Secure Code Platform delivers 10x faster scan times, 3x more accurate results and 45x faster to fix defects allowing developers to secure as they code.