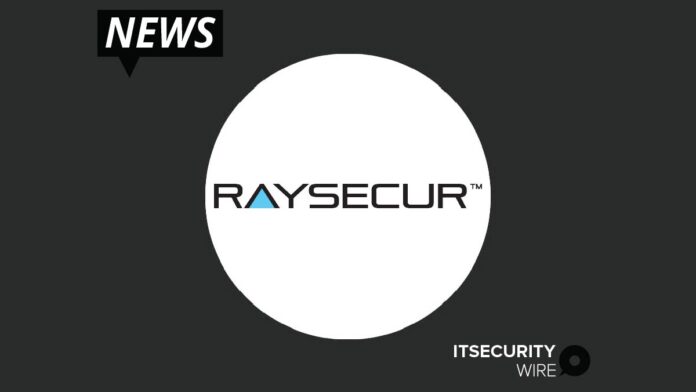 RaySecur™, a security imaging company with the world’s first DHS Safety Act-designated millimeter wave (mmWave) desktop scanner for mail and package threat detection, announced today that former Microsoft chief security officer, Mike Howard, and former US Secret Service director, Mark Sullivan, have joined its advisory board. Both bring a wealth of experience in their respective fields of corporate security and executive protection. Their addition to RaySecur’s advisory board further highlights the growing importance for corporations and governments alike to address critical security vulnerabilities of mail, packages, and deliveries entering their facilities.

As CSO of Microsoft from 2002 to 2018, Mike was responsible for managing global physical security operations. Prior to Microsoft, he worked as a field operative for the central intelligence agency (CIA) for 22 years, finishing as Chief of Station, the highest possible field position.

“During my tenure at Microsoft we implemented systems to mitigate a multitude of incoming threats, including mail, resulting in the need to build a rigorous mail security program,” said Howard. “I’m thrilled to join the RaySecur team because their unique imaging approach to mail screening is a game changer, and now allows any company to close this security gap across all of their sites, even those that may not have the resources or skillset to create their own program like we did.”

Mark Sullivan joined the Secret Service in 1983 and became the 22nd director of the organization in 2006, holding the position for seven years during the George W. Bush and Barack Obama administrations before retirement.

“In my lifetime with the US Secret Service, I have witnessed countless mail threats that simply don’t become public knowledge. As a result, the magnitude of dangerous mail risks is generally not well-understood, and mail security is often taken too lightly amidst the very public concern of cybersecurity,” said Sullivan. “I’m proud to join RaySecur and help them get their MailSecur solution in the hands of more institutions that have this critically underserved vulnerability.”

Mail threat incidents have been increasing, with the United States Postal Inspection Service (USPIS) and the Bureau of Alcohol, Tobacco, Firearms and Explosives (BATFE) responding to an average of more than 10 dangerous mail or package incidents each day for the last three years. The surge in remote work and increasingly contentious political and socio-economic environment, such as controversies surrounding the vaccine mandates, mean there is now a wider, more porous attack area and increased vulnerability for workers.

MailSecur scanners use safe mmWaves to see inside of objects with 10x more sensitivity than the body scanners used at airports. They can detect more and smaller threats than X-ray scanners, including explosives, weapons, radiation, and other suspicious contents, as well as liquids and powders at 300x the sensitivity of X-rays. Unlike X-ray scanners, MailSecur’s small form factor and lack of safety concerns or need for specialized training make it highly scalable across all facilities where mail and packages are received.

“It is truly an honor to have Mike and Mark join our advisory board, both with first-hand experiences addressing the seriousness of mail threats,” said Alex Sappok, Ph.D., CEO of RaySecur. “Their support not only draws attention to this often-overlooked problem, but more importantly highlights how RaySecur’s mail security-as-a-service solutions can easily be scaled to address this security risk for organizations of all sizes.”