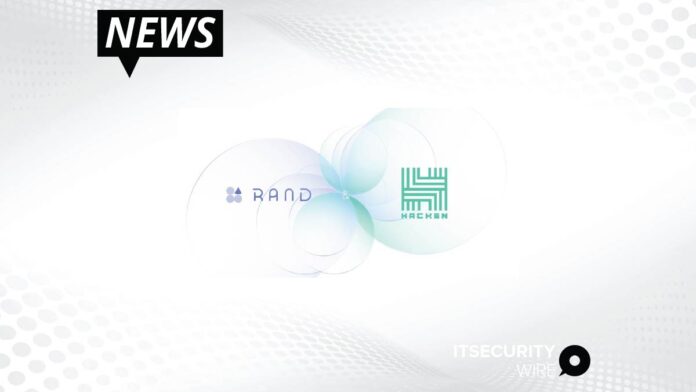 Security is a core value of the Rand Team, and that means maintaining the highest standard of security and safety of the ecosystem is their main goal for long-term sustainability initiatives. That’s why the Rand team is working  diligently to surround themselves with the best possible security partners out there.

Commenting on the importance of their newest partnership with Hacken, Pol Martin, CEO & Founder of Rand, said: “At Rand, security is our top priority to ensure users feel secure, especially during their transition into the ever-evolving DeFi space.”

The Rand protocol depends on new technology that may contain undiscovered vulnerabilities, and that’s why they have decided to partner with Hacken to ensure the Rand App will perform seamlessly and to ensure our users a safe launch.

The primary scope of this security audit with Hacken is to identify any vulnerabilities affecting the Rand’s on-chain smart contracts, specifically contracts deployed to the Ethereum Mainnet and Moonbeam Parachain, for contract addresses that will be listed in the public roadmap documents very soon.

This list is evolving and may change as new contracts are deployed, or as existing contracts are removed from usage. Vulnerabilities in contracts built on top of the Protocol by third-party developers (such as smart contract wallets) are not in-scope, nor are vulnerabilities that require ownership of an admin key.

The secondary scope of the audit is for vulnerabilities affecting the Rand Interface (that will also be published by the end of Q1, 2022).

Mobile Endpoint Security: What Enterprises Need to Know in the Times of Remote Working