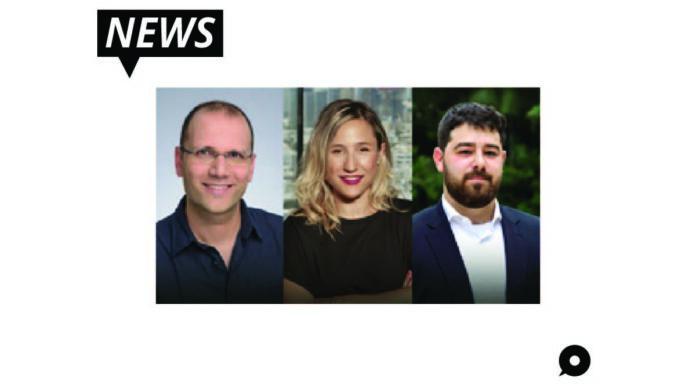 Team8, a global venture group, today announced the appointment of former VP of Finance at Check Point Software Technologies Roy Heldshtein as Partner and Chief of Operations. The group has also announced that current VP Business Development and Operations at Team8 Fintech, Galia Beer-Gabel will transition to the role of Partner; and co-founder of ClearX, Gal Hochberg has been appointed as group CTO.

Heldshtein will play a key role in directing the growth strategies of Team8’s portfolio companies, while overseeing the day-to-day administrative and operational functions of the business. Heldshtein brings two decades of business and technological experience and joins Team8 after serving as VP of Finance at Check Point Software Technologies for the past twelve years.

As part of his role at Check Point, Roy Heldshtein was involved in outlining the company’s annual sales plan, managing budgeting and control systems, orders, real estate and procurement, risk management and various business analyses according to financial indicators. Check Point grew together with Heldshtein from a sales revenue of several hundred million dollars to over two billion dollars per year and an annual profit of nearly one billion dollars. The share price in those years jumped from $20 per share to its current price of $115 per share. Before joining Check Point, he served as a strategic consultant for the Boston Consulting Group (BCG) international consulting firm.

Over the past two years, Galia Beer-Gabel has served as Team8’s VP of Business Development and Operations. In this position, she has been instrumental in building Team8 Fintech and played a significant role in establishing the ongoing management of the group’s fintech companies. Galia supported the fund’s capital generation efforts, team recruitment, the building of strategic partnerships with leading players in the industry and developing ideation processes for the Fintech group. Galia will now transition into the role of Partner in the group.

Beer-Gabel began her career as a commercial lawyer at Amit, Pollack, Matalon & Co. and subsequently established and led the firm’s business development and legal marketing department. She worked for six years at PayPal as Head of Business Development and Sales, managing the company’s strategic growth across Sub-Saharan Africa, Israel and Eastern Europe. Galia was the driving force behind PayPal’s strategic partnership with M-PESA, one of the world’s first and leading mobile wallets, and in the development of meaningful partnerships with local banking institutions.

Gal Hochberg returns to Team8 after being a founding partner and CEO of ClearX, an enterprise blockchain company that is engaged with many of the world’s largest communications corporations such as Vodafone, Telefonica, and Deutsche Telekom. The company is a leader in building commerce and accounting processes between global communications companies. Previously, Hochberg worked as a consultant to Team8 and other companies in cyber security, big data and web applications, and served as Director of Strategic Consulting at Sygnia, a Team8 portfolio company. Prior to this, Hochberg co-founded and served as CTO at HiredScore, a company used by Fortune 500 companies for fair, effective and efficient recruitment by employing AI and groundbreaking data capabilities.

These signature appointments come in the midst of a rich phase of activity for Team8, and will provide the group’s portfolio companies with greater support. Prominent companies in the Team8 portfolio include:

Nadav Zafrir, Co-founder & Managing Partner at Team8, said, “An ambitious task requires amazing people. Roy, Galia, and Gal are the type of leaders with whom we can dream and realize those dreams. We are truly lucky to have them on our team!”