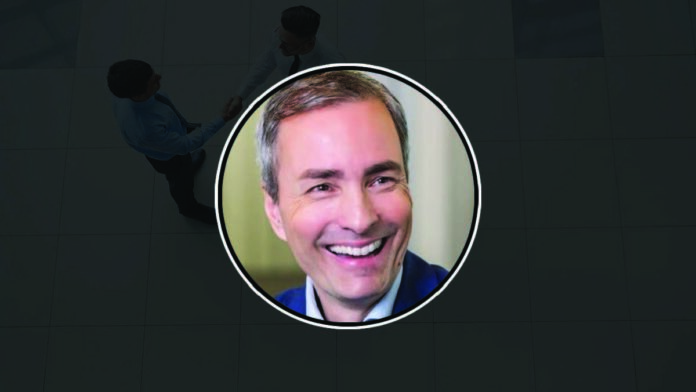 “I am very excited to be joining at this time,” said Mackay. “The company has that rare combination of outstanding technology, collaborative and customer-centric culture, and global penetration. Customers are taking advantage of the convergence of security and networking to power their digital transformation and Versa is uniquely positioned to support them. It is a privilege to be joining such a talented team and to lead our continued global expansion.”

Mackay brings more than 30 years of experience in the technology industry to the new role at company. Most recently, he served as SVP EMEA for Proofpoint based in London, and prior to that he was President and GM Asia Pacific and Japan for CA Technologies based out of Singapore. Earlier in his career Mackay was VP International for Verisign; led Business Development and Marketing for NorthgateArinso; and held a variety of leadership roles for PeopleSoft. He has also served as CEO of four venture capital-backed companies and spent time as a VC himself based in London. Mackay holds an MA in Modern Languages from Oxford University.

“Martin brings a wealth of global leadership experience driving success for large enterprises and venture-backed firms that Versa will leverage to continue on our aggressive growth trajectory,” said Kelly Ahuja, CEO with Versa Networks. “We look forward to benefiting from his proven expertise in leading global sales teams as we continue our rapid growth and global expansion to meet rising worldwide demand for Versa SASE.”

Company offers Versa SASE, delivering tightly integrated services via the cloud, on-premises, or as a blended combination of both via Versa Operating System (VOS™) with a Single-Pass Parallel Processing architecture and managed through a single pane of glass. Versa began delivering SASE services such as VPN, Secure SD-WAN, Edge Compute Protection, Next-Generation Firewall, Next-Generation Firewall as a Service, Secure Web Gateway (SWG), and Zero Trust Network Access (ZTNA) more than five years ago. Versa uniquely provides contextual security based on user, role, device, application, location, security posture of the device, and content. As the leader in the fastest growing security and networking category, SASE, and executing on SASE services for years, Versa is the only solution proven to deliver the industry’s leading and differentiated architecture for high performance and security. Gartner has identified Versa SASE as having the most SASE components out of all 56 vendors Gartner evaluated. Enterprise Management Associates (EMA) also found that Versa SASE has the most SASE supported functions, as published in its 2021 industry report.

The Entire Organization is Responsible for Cybersecurity