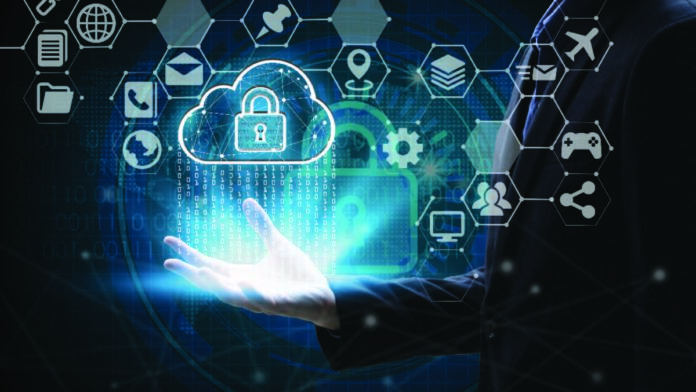 As threats get increasingly complex, cloud security can no longer be considered a task for IT. Cloud security is a company-wide responsibility, from developing skills that help detect attacks to frequently backing up data.

Malicious actors have discovered how disruptive and profitable cyber-attacks can be in the last year, according to a survey by cybercrime magazine, which estimates that cybercrime will cost $10.5 trillion in damages by 2025. Hackers are gaining more access to firms’ data and systems with minimal effort thanks to cloud servers that haven’t been configured securely, owing to a growing requirement for remote access.

According to Verizon’s 2021 Data Breach Investigations Report, there was a shocking 75% YoY increase in data breaches from 2019 to 2020. The widely circulated annual study emphasizes the growing threat of cloud-based cyber-attacks.

What is the cloud’s biggest vulnerability? Humans

Human error is to blame for the majority of data breaches. According to Verizon research, 85% of breaches last year were mistakes made by employees and third-party contractors, whether it was due to inadequate security policies, a misconfiguration, or an intentional misuse of privileges. As hackers follow businesses to the cloud, enterprises should understand that robust cloud security begins with strong people security.

Credentials of employees, in particular, are still among the most sought-after data types. Credentials are increasingly frequently stored in the cloud, making them an obvious target for malicious actors. It only takes one mediocre password to undermine an entire company’s security, demonstrating the necessity of everyone’s dedication to security, not just IT’s.

It’s a team sport when it comes to security. It necessitates a strategy, as well as buy-in and coordination from the entire firm. In reality, this implies that employees across the organization not only learn but also “practice” critical security skills (such as setting strong passwords and implementing multi-factor authentication).

Routine training sessions and internal phishing campaigns can help staff hone their threat detection abilities and establish foundational security knowledge across the board. The goal is for team members to be ready for various threats, develop muscle memory for detecting them, and then become methodically paranoid.

Also Read: Why Re-Thinking Cybersecurity at the Enterprise Level is Crucial

Keeping the consequences of unavoidable attacks to a minimum

Some breaches, such as ransomware attacks, are inevitable even with perfect security training and standards. According to Verizon, ransomware was implicated in 13% of all breaches last year, with more recent data indicating a whopping 138% YoY surge in these attacks. Ransoms paid by high-profile companies whose services were disrupted or compromised have demonstrated how profitable ransomware can be, driving hackers and spawning ransomware-as-a-service.

Attacks that take advantage of vulnerability in enterprise code are considerably more difficult to prevent. While these are the attacks that make the news because of the precision and level of technological competence required, according to Verizon, they only account for 3% of all breaches. Even so, most businesses today are unwilling to take such a risk.

Organizations that are serious about preventing downtime should choose cloud providers that provide automated backup and recovery services that are easy to grasp. Employees, on the other hand, play an important part in cloud backups. Employees should schedule backups on a daily, weekly, or bi-monthly basis (depending on needs) to ensure a flawless database recovery that keeps services up and running in the event of an emergency.