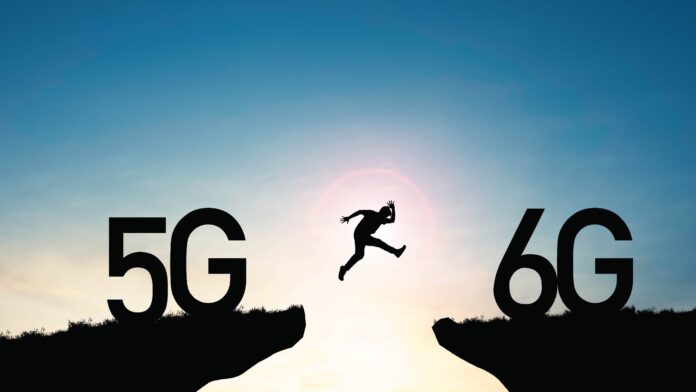 As the world grows increasingly virtual, the importance of having fast and reliable network connections has never been greater. Businesses and consumers alike aspire to be fully connected in all aspects of their lives, and 5G’s faster data rates, enhanced connectivity and lower latency are highly anticipated.

The Global System for Mobile Communications (GSMA) predicted in their 2020 State of the Mobile Economy report that 5G will contribute US$2.2 trillion to the global economy by 2034, and that it will be “the first generation in the history of mobile to have a bigger impact on enterprise than consumers.” Because of 5G’s always-on connectivity, augmented reality applications, and zero-lag video communication, productivity will skyrocket. Simultaneously, automation, AI, and the IoT will open up new business opportunities in manufacturing, healthcare, smart cities, and other industries.

While 6G is still at least ten years away, some big carriers are actively looking into it. This generation promises significantly faster speeds, lower latency, and more bandwidth for delivering data over decentralized, autonomous networks in real time.

Thanks to advancements in IoT, open source technologies, and virtualized networks, 5G and 6G networks will have a substantially broader attack surface than their predecessors. Their software-defined nature raises a slew of new security risks, including the network outages, theft of sensitive data, and network-wide attacks on an unprecedented scale. As a result, businesses should analyze and improve their cyber readiness for 5G and even 6G networks before they become widely available.

According to a 2020 Cybersecurity Insiders report, 72 percent of enterprises saw a surge in IoT and endpoint security incidents in the previous year, with malware (78 percent), unsecured network and remote access (61 percent), and compromised credentials (58 percent), as the top three issues.

An IoT network can have tens of billions of smart devices, all of which are vulnerable to cyber-attacks. Once one device has been compromised, an attacker can exploit it to move laterally around the network, gaining access to sensitive data, intellectual property, and other linked devices.

Businesses must engage in security initiatives to safeguard all entry points as IoT accelerates in a 5G or 6G equipped world. Because networks are the backbone of the Internet of Things, guaranteeing their stability and security is crucial. Finally, while end-user cyber preparedness should not be primarily the responsibility of the end-user, enterprises that deploy IoT should educate their employees on cyber hygiene.

Virtualization of network tasks traditionally performed by hardware is a significant innovation of 5G and 6G networks. While this makes it easier for businesses to manage, monitor, and improve their networks, it also makes them more vulnerable to attacks. If threat actors get control of the network management software, they can detect and exploit vulnerabilities in a variety of ways, including DDoS, unauthorized access, and malware.

Enterprises should embrace “security by design” and include security into each aspect of the software development lifecycle to prevent attacks on virtualized networks. Software-defined cyber defences must be adaptive, with automated responses that keep pace with constantly evolving security threats.

Open-source software and standards will be used to build 5G and future 6G networks, enabling faster and more frequent implementations and, as a result, a larger attack surface. Because of greater transparency that comes with open source, anyone, including cybercriminals, will be able to inspect and exploit flaws in the code.

As a 2019 5G Americas report points out, the same transparency that raises risk can also improve the security of open source technologies. Increased code visibility allows the developer community to find, patch, and update issues. Businesses must operationalize the tracking and action on vulnerabilities and patches highlighted by the open-source community, in order to prepare for 5G

For all parties involved in 5G and, eventually, 6G, these cyber diligence measures and upfront security investments are smart business strategies. Businesses, customers, and employees will be able to enjoy the benefits of the next generation of networks if they stay one step ahead of cyber attackers.

Ragnar Locker’s Machine Trick is not a trick any more