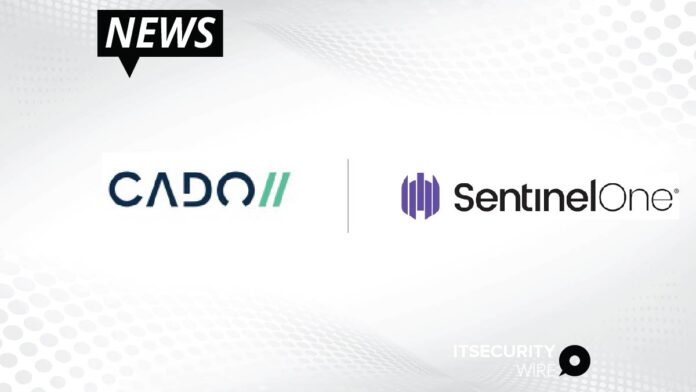 Cado Security, provider of the first and only cloud-native digital forensics platform, today announced a partnership with SentinelOne (NYSE: S), an autonomous cybersecurity platform, to deliver the breadth and depth security teams need to detect, investigate, and respond to incidents with unmatched speed.

When it comes to attack containment, time is of the essence. Security teams need to be able to dive deep to determine root cause and scope as soon as malicious activity is detected. The SentinelOne Singularity XDR Platform provides broad visibility needed to deliver the breadth to detect malicious activity as soon as it occurs. Cado Response automates the process of capturing essential forensic data and historical context that adds depth to an investigation.

“Using traditional DFIR approaches often means it can take security teams weeks to capture and process the data needed for a detailed forensic investigation. This is precious time that an adversary has free rein to inflict damage,” said James Campbell, Co-founder and CEO of Cado Security. “At Cado, we leverage the cloud in a way that allows for automation and rapid processing, removing many of the complexities associated with DFIR. We are thrilled to partner with SentinelOne to deliver the data and context security teams need to quickly identify the root cause of incidents and enable faster response.”

Through SentinelOne’s Remote Script Orchestration (RSO) capability, security analysts can launch Cado Response to perform an in-depth forensic investigation across their SentinelOne Singularity Platform-protected endpoints in a single click, simplifying data capture and accelerating triage. The Cado Response platform is powered by a cloud-based architecture, which automatically scales up and down to provide rapid processing when needed and saves costs when not, drastically reducing time to evidence and time to response.