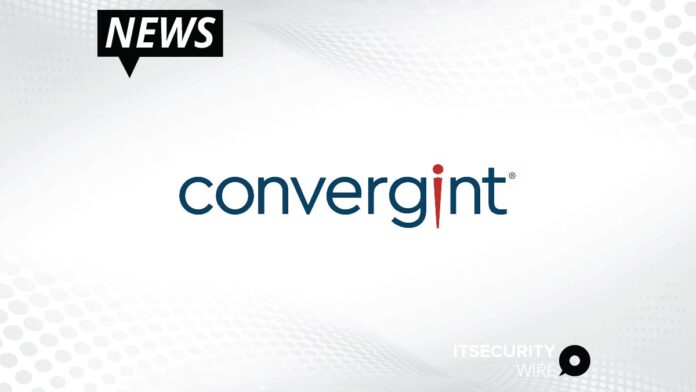 Convergint, a global leader in electronic security systems integration, today announced its plans to expand recruiting efforts across all regions of Ireland to help meet the increase in customer demand and continue to provide best-in-class service to its customers. The announcement comes on the heels of the company’s 20th anniversary celebration and significant growth and business momentum reported throughout Ireland, including its most recent technology center opening in Cork.

The $1.7B global company announced its expansion into Ireland in 2016 and shortly after acquired Ireland’s largest independently owned security systems company, MTS Security, in Dublin. Since then, Convergint has continued to embark on its global expansion initiatives to meet growing customer demand and provide sophisticated service at scale, on a global, enterprise-wide level. Current plans for expansion across Ireland include recruiting 50 colleagues over the next 24 months. The company is supported by the Irish Government through IDA Ireland.

Tánaiste and Minister for Enterprise, Trade and Employment, Leo Varadkar T.D., said: “I warmly welcome Convergint’s plans to create 50 new jobs across the country over the next two years. Convergint have had a presence in Ireland since 2016 and I really welcome this latest expansion and their continued commitment to Ireland. I wish the team all the very best.”

“Since joining Convergint in 2016, it was clear Ireland held tremendous growth and opportunity for us to build something extraordinary for our colleagues and clients alike,” said Adrian Hill, General Manager for Convergint Ireland. “We are excited to be working with IDA Ireland and look forward to collaboratively identifying diverse talent, aligned with Convergint’s core Values and Beliefs.”

Commenting on the announcement, Mary Buckley, Executive Director, IDA Ireland, said, “The decision by Convergint to create 50 new roles across all regions in Ireland is very welcome and is due to the company’s increasing global customer base in Europe, as well as a demand for its specialized services in electronic security. I wish Convergint every success with its Irish operations.”

Since inception, Convergint’s Values and Beliefs have served as the compass to every decision made. These guiding principles have helped foster a culture of service and giving, both internally and externally in the communities they serve.

AIoT – When Internet of Things Converges with Artificial Intelligence

The Significance of Data Security in the New Normal

Coronavirus Phishing Attacks – Most of Them Have US IP Addresses