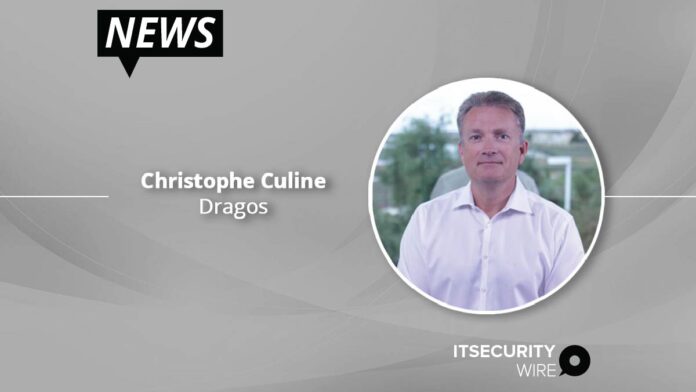 Culine is a proven strategic and operational leader known for building high-performance sales, marketing, professional services, and technical support teams that drive accelerated and consistent growth across geographies. He brings more than two decades of experience leading early to mid-stage companies from ARR and revenue of $10 to $20 million to more than $300 million. As CRO, Culine will be responsible for developing and managing strategies that further accelerate Dragos’s market leadership position and grow and scale global revenue.

“Christophe brings an incredible amount of expertise to Dragos as a successful sales leader and CRO for numerous high-growth organizations, ranging from startups to public companies,” said Robert M. Lee, Chief Executive Officer and Co-Founder, Dragos, Inc. “His experience building world-class sales and support teams and his relentless focus on customers will help us accelerate our North American efforts while increasing our focus on international expansion and growing our channel partnerships. Christophe is a proven executive leader and a data-driven CRO who will help us deliver on our commitments to our customers and community.”

Prior to joining Dragos, Culine served as President and CRO of RiskIQ, where he led the sales, support and professional services teams and guided the company through the signature of a definitive agreement to merge with Microsoft. He also served in head of sales and CRO roles at Qualys, Fortinet, and Venafi, a company that was acquired by Thomas Bravo for $1.15 billion.

“Dragos is the definitive leader in the exploding industrial cybersecurity market and I am eager for the opportunity to continue to build and scale a company with global presence, and be part of the mission to safeguard infrastructure and civilization around the world,” said Culine. “Dragos’s incredibly impressive leadership team, its mission-driven culture, and passionate customer base and community are the hallmarks of companies that build lasting markets that make global impacts.”

This executive hire follows a remarkable year for Dragos, coming off a record-breaking $200 million Series D round of funding at a valuation of $1.7 billion that established Dragos as the highest valued industrial cybersecurity company in the world and reinforced its position as industry leader in the rapidly-growing ICS/OT cybersecurity category.

Dragos expanded its worldwide business operations within the United Kingdom, Australia, New Zealand, and within the Gulf Cooperation Council including The Kingdom of Saudi Arabia and the United Arab Emirates with plans to open an office in Dubai in March of 2022. This expansion has brought industrial cybersecurity technology and services to customers in these growth markets, as well as ICS/OT training and skills development to these regions.

Dragos also entered into a number of key technology alliances and partnerships throughout the year aimed to provide customers with best-in-class integrated IT/OT solutions:

Additional company achievements and recognitions in 2021 include:

Hub Security Makes a Partnership Agreement With One Of The Leading US Cyber System Integrators...