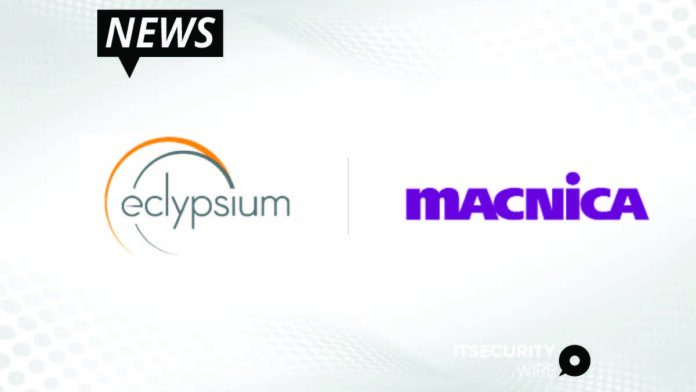 Eclypsium®, the enterprise firmware security company, today announced that it has signed its first distribution agreement in Japan, with Macnica- the country’s largest global technology solutions provider. This alliance will further expand Eclypsium’s global presence and its ecosystem of partners and suppliers, enabling greater agility and innovation.

Under this agreement, Macnica will leverage its technical capabilities, sales channels and proven track record to expand Eclypsium’s go-to-market reach in Japan and APAC. Specifically, the company will distribute Eclypsium’s Firmware Security Platform to its customers in the electronics and IT sectors. The Eclypsium platform identifies, verifies and fortifies firmware in laptops, servers, network devices for enterprise and supply chains.

In an interview last month with Nikkei Asia1, Patrick Cronin, Asia-Pacific security chair at the Washington-based Hudson Institute noted that, “Japan should take advantage of working with AUKUS on things like cybersecurity and on information and intelligence sharing in general, on supply chain security, on the attributes that will go into some of the most sensitive technologies for Japan, for Australia, for the United States, for the U.K.”

Japan has faced multiple cyber threats, most notably were the 450 million cyberattacks detected and blocked in preparation for the Tokyo ParaOlympic and Olympic Games in 2020 – allegedly orchestrated by the Russian Military Intelligence. In response to the frequency and sophistication, the Japanese government introduced tighter cybersecurity measures, calling for enhanced deterrence against Chinese and Russian governments.

“Eclypsium’s firmware security solution will allow Macnica to address vulnerabilities at lower layers than the operating system, and we see this as an opportunity to further evolve our technology coverage in the cyber security field,” said Yusuke Kobayashi, President of Networks Company, Macnica, Inc. “We expect that this partnership will further improve the reliability of the hardware infrastructure and supply chain of many Japanese customers.”

Macnica is a prominent advocate and accelerator of cybersecurity growth in Japan. As the global supplier in semiconductors, networks and software products, the company has expanded and scaled the market, which is currently valued at $10.5 billion – by launching innovative technologies to strengthen the country’s cybersecurity strategy. The partnership with Eclypsium will allow Macnica’s customers to protect devices and technology supply chains by securing firmware, throughout the enterprise – a major advantage for Japan, as the largest technology leader in the world.

“Eclypsium’s vision is to help our customers build trust in their device infrastructure and supply chain. We are proud to partner with Macnica, to offer leading enterprise firmware security solutions and services to customers in Japan, said Yuriy Bulygin, CEO and Co-Founder of Eclypsium. “It’s a major step in Eclypsium’s continued growth, and we look forward to long-term partnership with Macnica.”

This partnership with Macnica is Eclypsium’s first solution provider agreement in Japan, and also serves as a preliminary introduction to its channel program, launching in 2022.