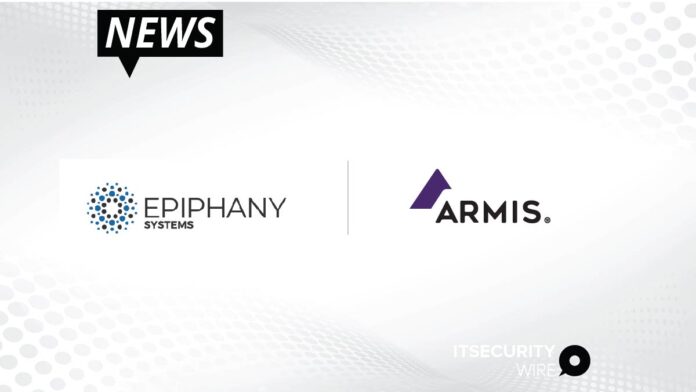 Epiphany is delivering a world-class platform that surfaces every potential path of attack across a ranking system based on ease of attack and the criticality assessment of the target. This gives enterprise teams unprecedented visibility into exactly how they could be attacked with ‘whole-state’ predictive intelligence needed to remediate those findings. Epiphany’s innovation is built around sophisticated and context-rich attack path models that produce insights that are critical to protecting an organization.

The Epiphany Intelligence Platform, combined with Armis’ asset and security posture data, enables customers to identify critical attack paths that exist across OT and IT environments. The result is an analysis of exploitability that’s enhanced by those attack paths for risk reduction and remediation.

“The joint power of Epiphany and Armis will deliver the market a unique opportunity to change the security conversation from being actionable to being impactful,” said Rob Bathurst, CTO of Epiphany Systems. “Given the extremely valuable data produced by Armis and Epiphany’s ability to analyze it from the offensive perspective, we give organizations the ability to choose the course of action that not only reduces the most risk, but in ways that are feasible.”

Epiphany surfaces all of the potential paths of attack, ranks them by the criticality of the asset, and the ease with which an attacker can leverage the path. This gives teams every meaningful relationship within the attack path, through a dynamic, goal-centric view. Epiphany’s upcoming “Exploitability Index” provides quick context of complex risk conditions of the ‘whole-state’ for decision makers. This is the result of taking an offensive goal-oriented perspective to an organization’s defensive tools and capabilities.

“The intersection of operational technology and cybersecurity has evolved as organizations have digitally transformed their business, and that has surfaced an entirely new risk dynamic,” said Michael Bimonte, Public Sector CTO, Armis. “The combination of our unified device and asset discovery capabilities with Epiphany’s ability to analyze the outputs from any security tool or device enables organizations to take action to protect the environment when threats or behavioral anomalies occur. This partnership enables teams to move toward a ‘real-time to trigger’ mode of more efficient detection and response.”