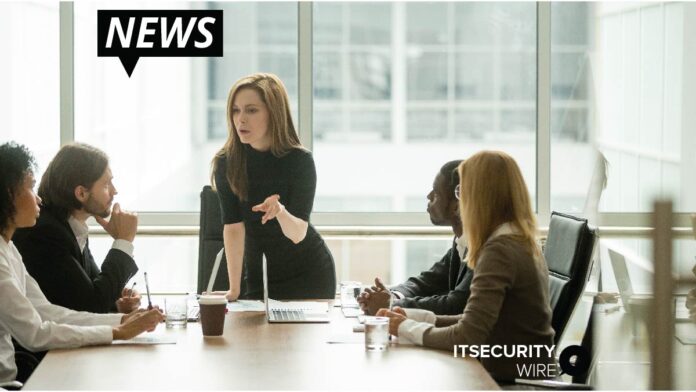 Forcepoint, the global leader in cybersecurity solutions that protect the critical data and networks of thousands of customers throughout the world, today announced the appointment of three new members to the company’s Board of Directors, effective April 28, 2021. The new board members include BeyondTrust CEO Matt Dircks, Teleo Capital Operating Partner John McCormack, and Redhorse Corporation President Dr. John Zangardi.

“We are pleased to welcome these three transformational business leaders as new independent directors to the Forcepoint board. They join Forcepoint at an exciting time as we grow the company and make investments towards our Data-first SASE vision that modernizes the cybersecurity approach for the new realities of today’s distributed work environment,” said Manny Rivelo, Forcepoint CEO and Board Member.

“The addition of these directors complements our board of directors’ skills and experiences, and we are confident they will provide valuable perspectives as we continue to execute our strategy, deliver better user experiences and security outcomes, and enhance value for all of Forcepoint’s global customers and partners. We look forward to their valued contributions in the months and years ahead,” continued Rivelo.

About Forcepoint’s new board members:

Matt Dircks has more than 25 years of experience in the software industry including business and product leadership roles with global technology brands including BMC Software, Quest Software, NetIQ Corp. and Citrix Systems.

John McCormack has more than 25 years of experience as an executive in the cybersecurity and internet infrastructure industries. He currently serves on the Ping Identity Board of Directors (NYSE:PING), a role he has held since 2016. During his tenure, McCormack helped conduct the successful IPO of Ping Identity in September 2019.

He also serves on the Board of NeuShield, an innovative ransomware solution, and as Operating Partner to Teleo Capital where he advises on acquisitions and value creation strategy.

McCormack previously served as CEO of Forcepoint (formerly Raytheon / Websense), where he led the transition of the company from a $180M web filtering business to a global cybersecurity brand with revenues of over $600M.

He has also held executive roles at Cisco Systems leading the cybersecurity and internet infrastructure solutions business, and Symantec where he led the endpoint enterprise security business after the company’s acquisition of Sygate Technologies where he served as executive of products and strategy.

McCormack earned a B.S. degree in Computer Science from the University of New Hampshire and an M.S. degree in Information Management from George Washington University.

Also Read: The Impact of 5G on Cybersecurity to Drive Demand for SASE

John Zangardi, PhD is a nationally recognized information technology (IT) leader in both the private and public sectors including a distinguished career in government service spanning more than thirty years.

Prior to his private sector executive roles, Zangardi served as Chief Information Officer (CIO) for the Department of Homeland Security (DHS), a presidential appointment. While at DHS, his work garnered recognition by Federal Computer Week for transforming DHS into, “one of the federal government’s top IT performers.”

He also served as Acting Chief Information Officer for the Department of Defense (DoD) and as Deputy Assistant Secretary of the Navy for Command, Control, Communications, Computers, Intelligence, Information Operations, and Space (DASN C4I, IO, and Space).

Zangardi began his career in government service with the U.S. Navy. He retired as a Naval Flight Officer after serving as a squadron commander. Zangardi earned a Master of Science degree from the Naval Postgraduate School and a Doctor of Philosophy degree from George Mason University.

How Enterprises’ can become Cyber Resilient