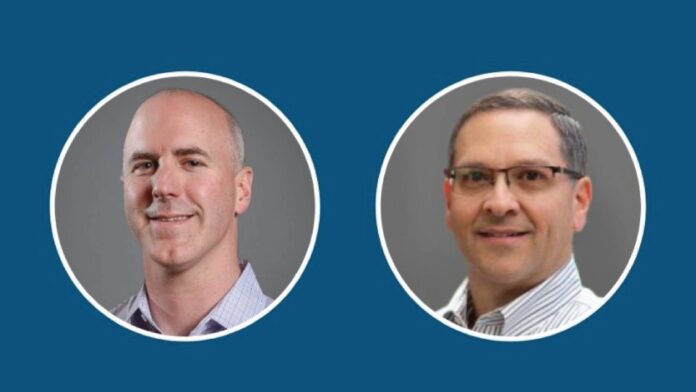 Infosec, the leading cybersecurity education company, today announced the appointment of Paul Shain, president and CEO of Singlewire, and Neil Etheridge, COO of LitLingo, to the company’s Board of Directors. Infosec’s Board of Directors will work closely with the Infosec leadership team to drive profitable growth, execute business strategy and most importantly, deliver the most value to customers.

“We are thrilled to welcome Paul and Neil to the Infosec Board of Directors as we take this next step on the company’s growth trajectory. Their expertise and experience in the software industry will help guide strategy and accelerate growth,” said Jack Koziol, Infosec CEO and founder. “Joining at a time of exponential growth, they will be invaluable as we work toward our mission of equipping individuals and organizations with the knowledge and skills to confidently outsmart cybercrime.”

Infosec’s board members include:

In 2020, Infosec’s software segment of business reported an 87% increase in annual recurring revenue and a 102% net revenue retention rate. Additionally, the company achieved a Net Promoter Score of 54 — considered excellent by global NPS standards. In 2021, the company received many awards for its online training platforms, Infosec Skills and Infosec IQ, and announced several strategic industry alliances with organizations like Microsoft and Coursera.

“I am honored to be joining the board at Infosec.  As a current customer, I understand the value and importance their products bring to an organization’s security strategy.  I look forward to working with the leadership team as they scale the business in the future,” said Paul Shain, CEO of Singlewire.

“With cybercrime on the rise, cybersecurity is more important than ever. I am excited to join the Infosec board and look forward to helping the company build on its impressive position in the market,” said Neil Etheridge, COO of LitLingo.

4 Ways to Maximize your Security Budget amidst the Economic Downturn