ITSecurityWire
Home News Optiv’s ‘A Visual Future of Cybersecurity’ Prepares Business Leaders for the Next... 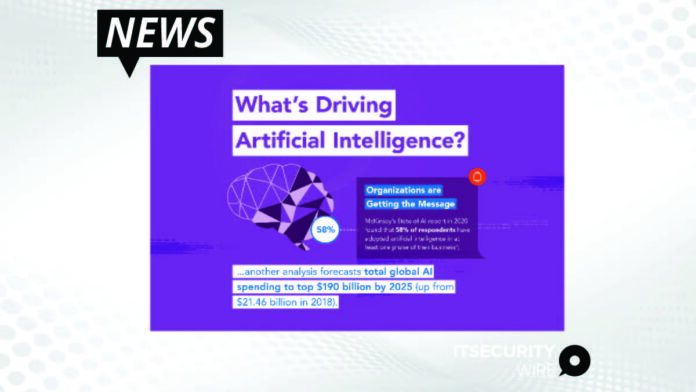 Once upon a time, the future was … the future, but how do companies prepare themselves for continuity and resiliency in a world where the line between present and future, science fiction and reality, is ever-blurring?

Optiv, the cyber advisory and solutions leader, today released “A Visual Future of Cybersecurity” to examine where the industry is, where it’s headed and what the implications may be for the not-too-distant generation of cyber threats and solutions.

“As threat actors adapt and change, so must we,” says Optiv CEO Kevin Lynch. “We can’t rely on technology alone for protection. The smart money is on being ready for any future. To insulate themselves from cyber threats, organizations should consider adopting a future-built mindset that starts with risk mitigation and builds out from there encompassing clarity, foresight, agility and resilience.”

In the book, Optiv — through 3D imagery, infographics and expert commentary and analysis — addresses the histories of artificial intelligence, quantum computing, ransomware, attack surfaces and cybercriminal business models. Optiv also tackles each concept in its present-state and envisions a future where the road from innovative theory to technological adoption has been paved quicker than anyone could have imagined.

In the future, machine learning (ML) and AI will be used widely by both attackers and defenders. The applications are endless, both in the positive and the negative. AI will be used to improve health care, transportation, education and agriculture, but it will also be used in cyberattacks to automate target analysis, conceal malicious code and create intelligent malware that mimics trusted system components.

QC will radically change every single industry (and our world) by executing operations faster than today’s most powerful computers. From health care and pharmaceuticals to financial services, manufacturing and logistics, the ability to compile, sort and create data at currently unimaginable speeds has all industries undergoing QC research and development.

Ransomware isn’t going anywhere. Its targets will be diversified, and its deployment methods will be far-reaching. Bad actors will use deepfake technology and attempt to manipulate and blackmail executives, politicians and celebrities by manufacturing false audio or video of them in compromising activities.

The number of connected devices is expected to be in the billions by the next few years. This includes IoT, operational technology infrastructure, implanted medical devices, drones and everything associated with a rapidly growing space economy. Because of their connectivity, every single one of those devices is vulnerable and hackable.

Bad actors model their operations off legitimate businesses. More and more of these groups will merge and/or collaborate on tools, exploits and vulnerabilities. Cybercrime-as-a-service has already been successful and will continue to be with a familiar focus on innovation in technologies and techniques.

Tackling the Ransomware Attacks and the Measures to Prevent Them

Pindrop Acquires Next Caller, Reaffirming its Position as the Industry Leader in All Things Voice...