ITSecurityWire
Home News Socure Accelerates Mission to be the First to Verify 100% of Identities... 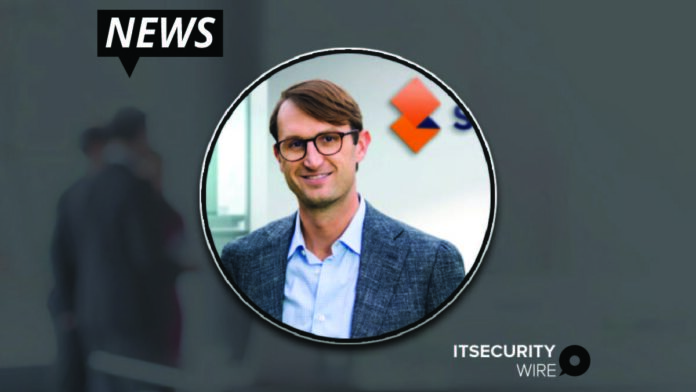 Socure, the leading provider of digital identity verification and fraud solutions, announced its significantly oversubscribed $450M round at a $4.5B valuation from a number of the world’s best growth equity and public market investors. The company achieved a $4.5B valuation just seven months after its $1.3B Series D, on the back of 500% year-over-year bookings growth and nearly $1B of investment demand, earning Socure the highest valuation for any private company in the identity verification space.

The round is part of a Series E transaction led by Accel alongside funds and accounts advised by T. Rowe Price Associates, Inc. It also includes two new investors, Bain Capital Ventures and Tiger Global, as well as participation from existing investors Commerce Ventures, Scale Venture Partners, and Sorenson Ventures.

Socure will substantially accelerate its investments in product innovation to address identity verification challenges across the entire digital consumer journey, penetrate new markets including the public sector, as well as continue to attract and retain the best product, data science, and engineering teams in the world. The capital will also allow Socure to maximize the scale and intelligence of its customer consortium data and fully-automated ID+ platform to not only prevent third party and synthetic fraud, but also address payment and first party fraud risk while enabling world-class self-service analytics capabilities.

Socure has emerged as the clear leader providing a complete identity verification and fraud platform with the highest adoption across all industries as it distanced itself from the competition with a 500% year-over-year bookings increase, 221% year-over-year customer growth, and five consecutive quarters of record year-over-year revenue growth. Last quarter, Socure also achieved an industry-leading net retention rate of 179% driven by near-zero attrition as its enterprise customers increasingly deployed multiple Socure products across various divisions, making Socure their complete fraud prevention, device, KYC, AML, and document verification platform.

Amidst the race to digitize, enterprises need to fuel their growth with new customers to remain competitive. Particularly those that are hard to identify including the 45 million+ group of U.S. citizens that are credit invisible, especially younger, thin-file 18-25 year olds and immigrants. Due to the unparalleled accuracy and inclusiveness of Socure’s KYC identity verification solution, if used exclusively across the country’s financial services industry, Socure’s technology could more than double the amount of automated approvals made in the U.S. in any given year for this population compared to legacy solutions.

“When you’re a market leader, you move from attacking and replacing the incumbents repeatedly as you earn your seat at the table to truly being a strategic partner to many of the best companies in the world. With this additional capital, we will substantially increase our level of commercial velocity and intensity in solving complex customer and societal problems, while maintaining our Day 0 founder’s mentality and continuing to attract the market’s best product, data science, and engineering minds to join our already incredibly talented team. We will remain laser focused on our mission to verify 100% of good identities and eliminate fraud on the Internet while holding ourselves to the highest quality standards and cementing Socure as the top performing company in the industry.”

“Every team building a digital product faces challenges validating users and security. Socure’s API has quickly become foundational to these teams. The platform has been transformational for the identity market, and we’re excited to further our support of Johnny Ayers and the team.”

“With its differentiated technology and strong management team, Socure is well-positioned for long-term growth as a leader in identity verification and fraud prevention on the Internet. We believe that the company has the potential to become much larger over time through its ability to develop strategic partnerships with some of the largest financial institutions and a range of companies across other industries, and we are pleased to express our conviction with this investment.”

“Socure has emerged as the clear leader in online identity verification. While Socure started out in the financial services vertical, it will not end there; the use cases for identity verification online stretch far and wide, and Socure is uniquely positioned to serve them. Speaking to dozens of customers gave us conviction that Socure has earned their trust and become the default choice in this increasingly important market.”

“Socure’s patented approach to AI and ML dramatically improves financial inclusion, democratizes access to services and benefits as well as eliminates unfair, bias-driven friction further differentiating it from competitors. The company also leads the market by significantly reducing fraud and customer friction in a single platform for companies across multiple online industries.”