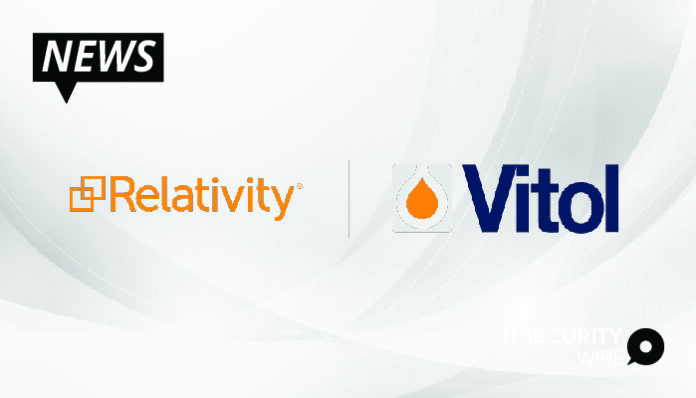 With vast amounts of data spanning numerous geographic locations, Vitol leverages Relativity Trace to ingest all forms of electronic communications – including email, chat and audio – in near real-time and immediately flag the highest-risk content to compliance officers for further review. With proprietary email thread deduplication and AI-enhanced text cleansing, Relativity Trace has reduced Vitol’s false positive alerts so only the riskiest content is surfaced. This advanced technology has enabled Vitol to expand coverage of their monitoring, and ultimately reduce risk across the organization.

“Relativity Trace’s false positive reducing capabilities has allowed us to significantly increase our scope which is already proving to be valuable in capturing risk,” said Odile Roy de Puyfontaine, Head of Compliance at Vitol. “With the time our team saves no longer being burdened to review false positives, we’ve been able to significantly strengthen the ability to detect real risk, quickly.”

Relativity Trace is used by some of the largest global commodity trading firms and financial institutions to proactively detect regulatory misconduct.

“Surveillance teams are overwhelmed by the number of false positives that their legacy surveillance system generates,” said Jordan Domash, General Manager of Relativity Trace. “With Relativity Trace, Vitol has successfully leveraged the system’s advanced alerting and AI capabilities to see a dramatic 92% decrease in false positives in a short amount of time allowing them to narrow in on risk and misconduct that actually matter because significantly less time is allocated to reviewing content that should never have been alerted on in the first place.”

New Cybersecurity Offense and Defense Is Possible in Seconds with Presidio’s New Managed Detection and...