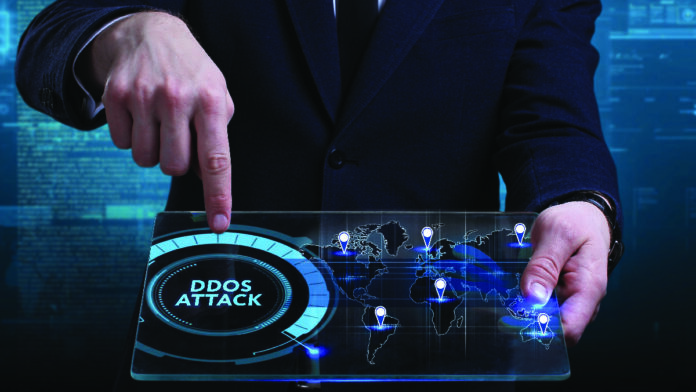 The last two pandemic-stricken years have seen a massive shift in how people live, work, and play. The rise of remote working had been projected for a long time, but a global pandemic turned predictions into widespread reality much faster than expected, and in many cases, before the networks were ready.

According to a recent Statista report, “Worldwide digital population as of January 2021,” over 60% of the global population used the Internet in 2021, and retail is also going toward a digital future.

However, businesses and individuals are not the only ones who are going digital. Governments too are investing more in new technology, and key infrastructure such as medical equipment, and electrical grids that are already reliant on digital applications.

Cybersecurity must be a top focus

Companies and governments alike face significant cybersecurity risks as a result of their reliance on technology. Losing access to critical systems can be extremely expensive at best, and dangerous at worst. As a result, businesses must have adequate protection in order to keep their operations going while under attack.

Mitigation mechanisms and response times are critical components of cybersecurity, and they must work together to be effective. To avoid further damage, once a threat has been detected, it must be addressed as soon as possible.

While there are various ways to hack, attack or infiltrate a system, Distributed Denial of Service (DDoS) attacks are one of the most common and rapidly rising methods for causing business disruption.

DDoS attacks, despite being simple in nature, have the potential to wreak significant harm. The frequency and size of these attacks have risen dramatically in recent years. In the last two years, major cloud computing service providers like AWS and Azure have had to contend with enormous DDoS attacks, and even critical infrastructure is being regularly targeted.

Not all DDoS protection services can adequately deal with modern attacks

While many firms provide DDoS protection services, not all of them are equipped to deal with modern DDoS attacks and trends. The ability to recognize and respond to a threat is only half the battle. Every second matters in the event of a targeted DDoS attack.

What should service providers do in the face of the growing threat that DDoS attacks represent to their networks, and reputations?

In order to counter potential DDoS attacks in 2022, here are four major recommendations for service providers:

Detecting and preventing DDoS attacks is now an essential aspect of any service provider’s business plan. While threat actors will continue to try to stay one step ahead of the latest detection tools, service providers can take steps in 2022 and beyond to protect not only their reputation and brand, but also their Intellectual Property, employees, networks, and interactions with customers and business partners.