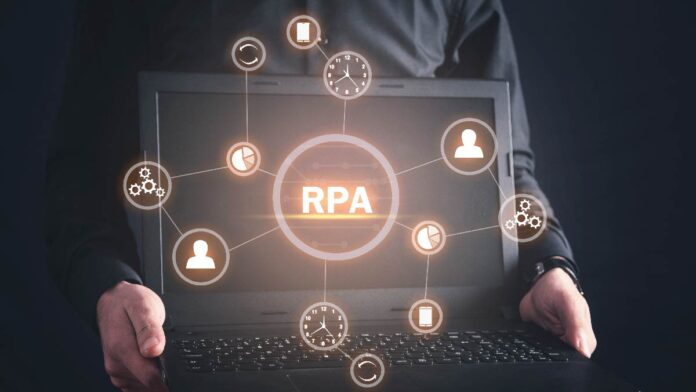 Robotic Process Automation (RPA), which can be easily adopted to save time and money across business units, is gaining traction across industries. RPA is being utilized to handle sensitive client data, accounting, and automate repetitive procedures to eliminate human errors, ensure privacy, and reallocate resources to more strategic activities in many circumstances.

Despite the sensitive nature of the data handled by Robotic Process Automation, security is rarely a priority in RPA initiatives, and security leaders are only contacted on a sporadic basis, if at all. There is a greater likelihood of projects being delivered with security vulnerabilities if citizen developers are driving the effort and generating RPA scripts for themselves. Data leakage and fraud are the two biggest threats, therefore good governance, including security, is critical to avoiding a slew of problems.

Sensitive data, such as RPA bot credentials or client information, might be exposed to attackers and, in particular, malicious employees, if sufficient security measures are not deployed. Additionally, insiders can use their RPA access rights to incorporate fraudulent actions into RPA scripts.

Here are a few ways that security and risk management leaders can use to resolve security failures in RPA programmes.

Organizations sometimes fail to distinguish between bot operators and bot identities in their rush to install Robotic Process Automation and see rapid results. Human operator credentials are used to run the bots. This setup makes it difficult to tell when a bot carried out a scripted activity vs. when a human operator took action. It’s impossible to trace activities, blunders, and, most importantly, attacks or fraudulent actions without a doubt.

Human operator credentials with bots ensures that passcode complexity and rotation frequency do not increase. These should be limited to what a human user can handle rather than what a machine can handle. This reduces the impact of attacks and data leaks.

Each RPA bot and process should have its unique identity

When possible, bots should have their own set of identification credentials. Wherever possible, identity naming rules should distinguish between human and bot identities. This enables companies to determine who is responsible for scripts that employ a robotic identity.

Even the most meticulous RPA deployment can result in an increase in account privileges, increasing the risk of fraud. The problem can be mitigated by creating two independent bots with separate credentials and privileges. However, the problem of segregation of roles exists, with a human operator controlling both bots’ Robotic Process Automation operations. For instance, a payment process supervisor can use one bot to create bogus provider accounts and the second bot to schedule payments to the account. The operation is less likely to be detected because it is carried out by a bot.

Ensure that fraud is closely monitored and managed

Today, manual processes are frequently utilized to reduce the risk of fraud with RPA. Organizations must identify vulnerable areas in their automated processes and ensure that all relevant transactions are reviewed independently. The maker-checker principle or the four-eyes principle can be employed for authorization in these instances. This capability is available in some RPA technologies; for example, RPA transactions over a specific threshold cause another bot to verify the correctness of the operation before authorizing it.

The security team will need to evaluate logs whenever an RPA security failure occurs. A journal, or audit trail, of RPA activity is essential for nonrepudiation and, if necessary for an investigation. The actions a bot has taken in the apps it has accessed are logged using RPA tools.

Security considerations are often postponed until RPA scripts are ready to run in order to speed up deployment. This technique permits security flaws to go undiscovered until it’s too late, not just in scripts, but in the overall RPA strategy. Manual script evaluation might become overwhelming as RPA usage increases.

Script Change Control should be implemented

Security and risk management leaders should examine and test RPA scripts on a regular basis, with an emphasis on business logic flaws. Whenever there is a change in the script, this review will most likely be done in a peer review format. Assessments are already being offered by several application security and penetration testing vendors.