ITSecurityWire
Home News ExtraHop Expands its Collaboration with CrowdStrike on XDR and Launches a Native... 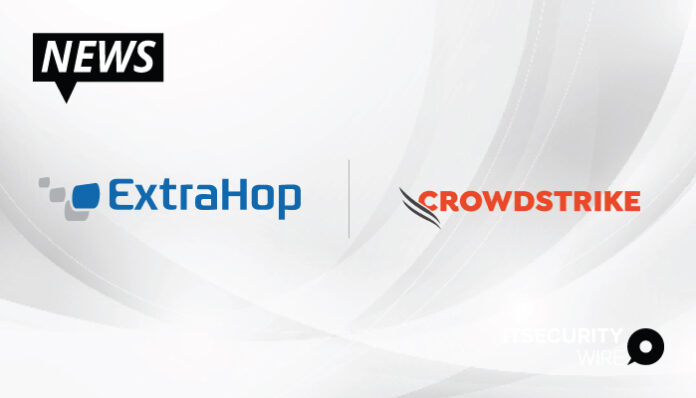 ExtraHop, the leader in cloud-native network intelligence, today announced an integration with CrowdStrike, a leader in cloud-delivered protection of endpoints, cloud workloads, identity, and data, that takes security analysts from detection to threat containment to investigation with a single click. The new push-button response integration expands the best-of-breed extended detection and response (XDR) partnership between the two companies, enabling users to quarantine individual assets from a detection directly within Reveal(x) and then pivot seamlessly into an investigation workflow. Armed with this capability, defenders can act with speed and precision, accelerating response times and minimizing the impact to the business.

The new native push-button response feature within ExtraHop Reveal(x) gives defenders the tools they need to dramatically accelerate containment while minimizing disruption to the organization. Unlike automated response offerings, push-button response gives security analysts the ability to control how and when assets are quarantined based on high-fidelity detections and enriched intelligence that extends from the network to the endpoint.

“Over the past five years, the security pendulum has started to swing more meaningfully towards a detect-and-respond model that assumes even the best perimeter defenses will eventually be breached,” said Jesse Rothstein, co-founder and CTO, ExtraHop. “But many organizations remain reluctant to invest more in this approach due to the complexity of playbook-driven response. With our new native push-button response, we’re continuing to build on our partnership with CrowdStrike and existing response integration capabilities to give defenders the ability to rapidly and precisely quarantine compromised devices without causing massive disruption to the organization.”

Also Read: Harnessing the Power of Automation and Consolidation to Enhance SASE Orchestration

The push-button response integration builds upon ExtraHop’s existing partnership with CrowdStrike which offers integrations throughout the CrowdStrike Falcon platform, including Falcon X, Threat Graph, Falcon Insight (with Real Time Response integration), Humio, and Falcon XDR, to deliver best-of-breed XDR to their joint customers around the world.

Learn more about the power of ExtraHop + CrowdStrike

“With new advanced and evolving threats challenging organizations daily, security teams must act with impeccable speed and accuracy to safeguard the business from a breach,” said Geoff Swaine, vice president of global programs, store, and alliances at CrowdStrike. “Our tight partnership and breadth of integration with ExtraHop helps to unify security telemetry across network and endpoints, providing customers with enhanced detection and response capabilities to stop advanced threats faster. This new capability offered in the ExtraHop platform helps deepen our integration, enabling security teams to quickly and precisely take action for more effective threat detection, investigation, and response across IT environments.”

ExtraHop is also a launch partner of the CrowdXDR alliance, joining forces to establish common XDR language for data sharing between security tools and processes to enrich detections and threat hunting capabilities. A recent joint webinar explains how to make XDR a reality.