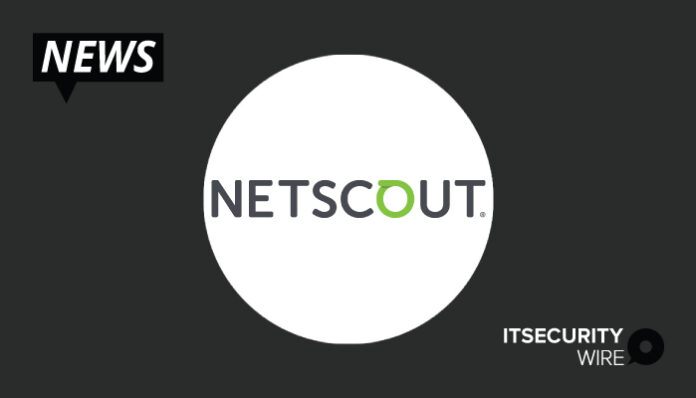 NETSCOUT SYSTEMS, INC., (NASDAQ: NTCT), a leading provider of cybersecurity, service assurance, and business analytics solutions, today announced that it has launched a new, innovative AI-based solution enabling its customers to automatically and instantaneously block a large proportion of DDoS attacks thus simplifying operations and minimizing risk to their businesses.

This intelligence is continuously updated and shared in real-time with NETSCOUT’s industry-leading Arbor Threat Mitigation System (TMS) and Omnis® AED Smart DDoS attack protection solutions via the Omnis ATLAS Intelligence Feed (AIF). This new Omnis AIF content enables TMS and AED to know, in advance, the IP addresses of devices across the Internet that are being used to launch DDoS attacks, resulting in the ability to instantly block up to 90% of attack traffic, without further analysis, during an attack.

This data provides TMS and AED with the intelligence needed to automatically stop botnet-generated DDoS attacks, including reflection/amplification, direct-path TCP state exhaustion, application-layer, and encrypted attacks. The analysis behind Omnis AIF is based on NETSCOUT’s unique, global DDoS attack visibility extending to more than one-third of all Internet traffic and millions of DDoS attacks. This global intelligence can then be applied automatically for local protection.

“This is an innovative way to block DDoS attacks,” stated Darren Anstee, chief technology officer for security at NETSCOUT. “Omnis AIF, which incorporates the new DDoS reputation feed, takes an intelligence-based approach providing customers with faster, more comprehensive, and more automated solutions. Our approach is different because we leverage global observations in DDoS attack activity to drive local automation and response. As a result, we can dramatically lower the risk of business impact due to DDoS attack for our customers.”