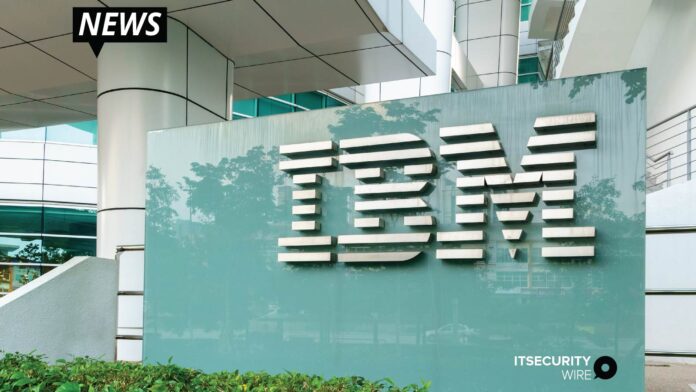 IBM Security announced a new agreement with the Port of Los Angeles to design and operate a Port Cyber Resilience Center (CRC). This multi-year agreement is aimed at improving the Port’s cybersecurity readiness as well as enhancing threat sharing and collaboration within its supply chain ecosystem. IBM will leverage its leadership in cloud security and automation to deliver technology and expertise that can help Port stakeholders detect and protect against malicious cyber incidents, in a first-of-its-kind initiative for cyber preparedness.

The Port of Los Angeles is in the midst of an infrastructure investment program aimed at raising the bar for cargo efficiency, and it is also focused on new technologies to enhance digital information flow throughout the supply chain. With cyber threats emerging as a reality for all industries, the Port is taking proactive steps to enhance its ecosystem’s awareness and readiness to respond to cyber threats that could disrupt the flow of cargo.

The CRC will be a maritime Security Intelligence and Operations Center (SIOC) to automate threat collaboration and extend its reach beyond traditional maritime stakeholders to Port stakeholders that are more broadly involved in cargo flow, such as cross-sector companies. Stakeholders will have the opportunity to contribute threat data to the CRC as well as benefit from the more extensive and accumulated threat intelligence made available to them through it.

“The Cyber Resilience Center will provide a cutting-edge early warning system to further defend the Port and its stakeholders against cyber threats,” said Port of Los Angeles Executive Director Gene Seroka. “This will result in greater collective knowledge, enhanced data sharing throughout our Port ecosystem, and will help to maintain the flow of critical cargo.”

The $6.8 million, three-year agreement with the Port of LA includes IBM Security software and services to design, install, operate and maintain the CRC. The Board recommendation to select IBM was based on a competitive Request for Proposal (RFP) process conducted by the Port. The new CRC will leverage IBM Cloud Pak for Security, X-Force Threat Intelligence and IBM Security SOAR (Security Orchestration, Automation and Response) to facilitate automated response playbooks to security events and collaboration amongst Port stakeholders. IBM will also collaborate with TruSTAR to leverage their enterprise intelligence management platform for stakeholders to automate and distribute intelligence among the Port of Los Angeles and Port Stakeholders.

The collaboration with IBM Security will provide the Port of Los Angeles’s CRC with cutting edge security technologies and expert services support, including:

Setting an Industry PrecedentAs one of the busiest seaports in the world and leading gateway for international trade in North America, the Port of Los Angeles has been the number one container port in the United States for the past twenty years, facilitating $276 billion in trade in 2019 alone. This new initiative with IBM can enhance the quality, quantity and speed of cyber information sharing within the Port’s massive third-party ecosystem.

Existing maritime threat sharing portals are distinctly operated, relying on each individual party’s bandwidth to manually input threat data into the platforms, thus creating the potential for compromise if threats aren’t shared or communicated in a timely, collective manner. The CRC, however, will serve as an automated “system of systems” and focal point across all participating supply chain stakeholders for cyber threats to the Port of Los Angeles ecosystem, while still allowing stakeholder control over their own information and security protocols. Tenants and cargo handlers will be able to quickly share threat indicators with each other so they can better coordinate defensive responses as needed. The CRC will also serve as an information resource that stakeholders may use to help restore operations following an attack.

“A supply chain is only as strong as its most vulnerable entity. The CRC will help each participating member of the supply chain to better protect themselves, and by extension each other,” said Wendi Whitmore, Vice President, IBM Security X-Force. “In the face of a cyberattack, every second counts and with the threat detection, threat sharing, and automation capabilities that IBM can bring to this project, we’re uniquely positioned to build  the tools that can help provide the speed and efficiency stakeholders demand.”