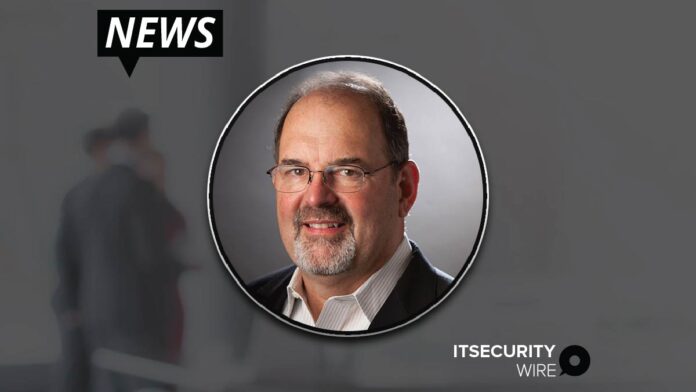 INTRUSION (Nasdaq: INTZ), a leader in cyberattack prevention solutions including zero-days, today appointed Tony Scott as its new President and CEO, who will assume the role on Monday, November 15, 2021. Scott brings to INTRUSION many years of executive leadership and cybersecurity experience, including serving as Federal CIO for the U.S. government, CIO for multi-billion corporations such as VMware, Microsoft and The Walt Disney Company, as well as a private consultant helping organizations implement effective world class solutions for cybersecurity, IT governance and crisis management.

Prior to his appointment, Scott had been serving as the founder and CEO of the TonyScottGroup, LLC., a Washington DC and Silicon Valley-based consulting and venture capital firm focused on early-stage cybersecurity and privacy technologies. Before starting the TonyScottGroup in 2017, Scott was appointed by President Obama as the Federal Chief Information Officer for the U.S. Government in February 2015. In that role, he had oversight, budget and management responsibilities for the more than $85 billion budget that the Federal Government annually spends on IT. He and his team managed the government-wide response plan after the OPM cybersecurity incident, which prompted the Cybersecurity Sprint and Implementation Plan (CSIP) that dramatically improved the information systems security posture of the Federal Government. He also created the first “State of IT” report at the end of the Obama administration, collaborating with members of Congress to create several legislative proposals to improve IT funding within the Federal Government. Scott is a renowned expert on providing public and private sector executive insights concerning matters such as digital transformation, cloud adoption, machine learning, AI, cybersecurity, governance, open data, and workforce diversity, and he has appeared frequently before Congress as well as at numerous industry forums. Prior to working at the Federal Government, Scott was the CIO at VMware, Microsoft, and The Walt Disney Company, as well as CTO at General Motors, and he has also held senior executive positions at Bristol Meyers Squibb, Price Waterhouse, Sun Microsystems and Marriott.

“We are pleased to welcome Tony to INTRUSION and believe his unparalleled expertise, decades of executive leadership and highly regarded reputation will provide significant benefit to the Company at this critical stage of our evolution,” said INTRUSION’s Chairman, Tony LeVecchio. “His deep knowledge and connections at the Federal Government will be extremely valuable to the management and oversight of our government business, while his broad experience at market-leading enterprises will be critical for the positioning and global expansion of our Shield solution. On behalf of the Board of Directors and entire management team, we look forward to working closely with Tony and are excited about the future of INTRUSION under his leadership.”

Scott holds a Bachelor of Science Degree from the University of San Francisco in Information Systems Management and a Juris Doctorate (law) degree from Santa Clara University. He was inducted into CIO Magazine’s “CIO Hall of Fame” and has been a frequent keynote speaker, panelist and advisor at numerous industry and government events. Scott is a multi-year recipient of the Fed 100 Award and has been recognized for his leadership skills by multiple organizations.

This release may contain certain forward-looking statements, including, without limitations, statements about the performance of protections provided by our INTRUSION Shield product, as well as any other statements which reflect management’s expectations regarding future events and operating performance. These forward-looking statements speak only as of the date hereof and involve a number of risks and uncertainties, including, without limitation, the risks that our products and solutions do not perform as anticipated or do not meet with widespread market acceptance. These statements are made under the “safe harbor” provisions of the Private Securities Litigation Reform Act of 1995 and involve risks and uncertainties which could cause actual results to differ materially from those in the forward-looking statements, including, risks that we have detailed in the Company’s most recent reports on Form 10-K and Form 10-Q, particularly under the heading “Risk Factors.”

Enterprises Are Witnessing a Spike in Public Cloud Security Breach