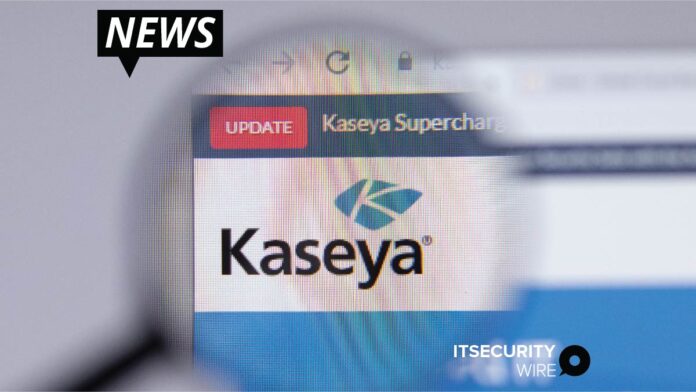 Kaseya, the leading provider of IT and security management solutions for managed service providers (MSPs) and small to medium-sized businesses (SMBs) responded quickly to a ransomware attack on its VSA customers launched over the Fourth of July holiday weekend.

The company’s rapid remediation and mitigation measures saved thousands of small and medium-sized businesses from suffering devastating impacts to their operations and ensured business continuity.

On July 2, at approximately 2 p.m. EST, Kaseya was alerted to a potential attack by internal and external sources. Within an hour, in an abundance of caution, Kaseya immediately shut down access to the software in question. The attack had limited impact, with only approximately 50 of the more than 35,000 Kaseya customers being breached.

After making the rapid decision to shut down access to the software, an internal incident response team, partnering with leading industry experts in forensic investigations, sprang into action to determine the nature of the attack.

Once an attack was established, law enforcement and government cybersecurity agencies, including the Federal Bureau of Investigation (FBI) and Cybersecurity and Infrastructure Security Agency (CISA), were notified and immediately engaged. Soon after the attack, with the assistance from the FBI and CISA, the root cause of the attack was identified.

“Our global teams are working around the clock to get our customers back up and running,” said Fred Voccola, CEO, Kaseya. “We understand that every second they are shut down, it impacts their livelihood, which is why we’re working feverishly to get this resolved.”

Kaseya is actively engaged with various governmental agencies including the FBI, CISA, Department of Homeland Security and the White House. FireEye Mandiant IR, a leading computer incident response firm, is also working closely with Kaseya on the security incident.

“This is a collaborative effort to remediate the issue and identify the parties responsible so they may be held accountable,” added Voccola. “We are beyond grateful for their assistance getting our customers back online. The immediate action-oriented and solution-based approach of CISA and the FBI, with tremendous overall support from the White House, has proven to be a huge help in ensuring that this attack led only to a very small number of impacted customers. While each and every customer impacted is one too many, the impact of this highly sophisticated attack has proven to be, thankfully, greatly overstated,” said Voccola.

Additionally, Kaseya IT Complete, the company’s comprehensive suite of products allowing midsize business to efficiently manage all of their IT operations, was minimally affected by the breach. Out of its 27 modules, only one, VSA, was compromised.

As businesses begin the post-U.S. holiday work week, Kaseya would like to echo the sentiments of the FBI and CISA:

“It’s important to remain vigilant. Our guidance continues to be that users follow Kaseya’s recommendation to shut down VSA servers immediately, to adopt CISA’s mitigation guidance, and to report if you have been affected to the IC3.”

The CISO’s Playbook to Streamline Cybersecurity Communications in the Boardroom