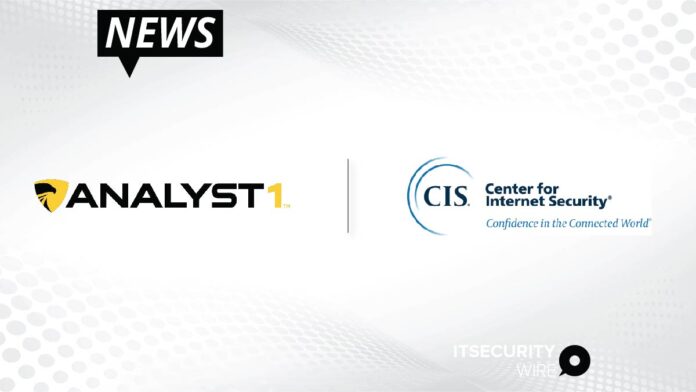 Analyst1, provider of a market-leading threat intelligence platform (TIP), today announced that the Multi-State Information Sharing and Analysis Center (MS-ISAC), a division of the Center for Internet Security (CIS), has selected Analyst1 to enhance existing internal threat intelligence capabilities to better collect, analyze, and provide relevant information at scale to its to members.

As the focal point for cyber threat prevention, protection, response, and recovery for the nation’s state, local territory, and tribal (SLTT) governments, the MS-ISAC’s critical defense mission, combined with unique member needs, required the MS-ISAC to pursue a threat intelligence platform with full control over the data and how it is used to support key elements of its defense-in-depth strategy and integrates with current and future technologies.

In addition to meeting other key requirements, MS-ISAC was seeking a new threat intelligence platform solution to spearhead its defense against complex cyber threats that easily facilitated timely and relevant intelligence sharing at scale in multiple formats without passing cost to members. Analyst1 provides an efficient, straightforward solution that puts the MS-ISAC’s analytic expertise front and center.

MS-ISAC reviewed and trialed multiple solutions, ultimately choosing Analyst1’s TIP for a number of reasons, including:

After a thorough evaluation process, MS-ISAC adopted Analyst1, which led to significant improvements, including higher reliability in the quality of data shared (i.e., far fewer false positives); the ability to quickly assess the value of evidence coming in and data going out; and higher efficiency through the use of a “single pane of glass” for intelligence collection, analysis, and sharing, resulting in better information being sent out to members faster.

“Analyst1 fits well with MS-ISAC’s approach to improving the overall cybersecurity posture of the nation’s SLTT governments through focused cybersecurity services,” said Scott Messick, Co-Founder and Chief Executive Officer at Analyst1. “All of MS-ISAC’s members have the opportunity to access the Analyst1 solution to protect their respective operational environments. This allows MS-ISAC to be in control of what goes in, what stays in, and what goes out to members.”

Bamboo Technology teams with Stealthcare to fight cybersecurity threats to its government, corporate and NGO...