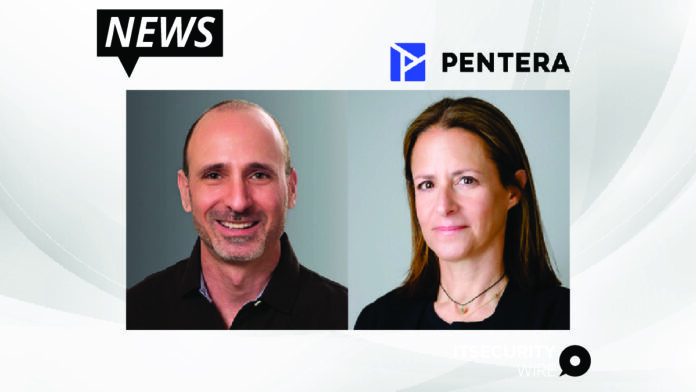 Pentera, the leader in automated security validation, today announced it has appointed nine new members to its management team. The new appointments accelerate the company’s commitment to diversity and reward outstanding employee performance by promoting from within.

Of the new appointments, four are women leading Pentera’s sales, finance, legal and HR departments, who will play a fundamental role in maintaining Pentera as one of cybersecurity’s fastest-growing unicorns.

“Pentera is experiencing hyper-growth as we continue to revolutionize the security validation market and present CISOs with innovative new technologies to fortify their security posture,” said Pentera CEO Amitai Ratzon. “I look forward to closely collaborating with our talented executive team and supporting them in their respective roles. Each has demonstrated world-class capabilities and is consistently driven to exceed goals and objectives.”

Also Read: Five Key Cybersecurity Questions Every Board Must Ask

These appointments come as Pentera continues to push the industry forward with its next-generation unified security validation platform that ends the era of disparate security testing systems. These latest appointments and promotions provide Pentera with a world-class team to continue the market leader’s momentum and help enterprises protect themselves from ransomware, internal threats and other types of sophisticated cyberattacks.

– Tzurit Golan is the company’s new Chief People Officer. In this role, she is responsible for driving Pentera’s growth and success through a global people strategy, including leadership and talent development, scaling the employee experience, strategic reward planning and various organizational development initiatives. Prior to joining Pentera, Tzurit was Senior Vice President at Fyber, a mobile advertising monetization platform that was acquired by Digital Turbine for $600 million.

– Pentera’s new VP of Global Customer Success is Nevo Laron, who is based in San Francisco, CA. Nevo joins Pentera from Vulcan Cyber and brings more than 20 years of experience in the software industry. Nevo will lead the post-sale customer success functions for Pentera – including renewals, customer success, customer and partner enablement, and the customer community. Prior to Vulcan Cyber, Nevo held multiple customer success leadership positions at Exabeam, WatchDox and Camtek.

– Sivan Harel is Pentera’s new VP of Sales EU North, South and MEA regions. Sivan joined Pentera in 2018 as regional sales director and within two years earned a promotion to AVP and now to VP. These promotions reflect Sivan’s success in growing Pentera’s customer base and sales team in EMEA.

– Pentera’s new Head of Legal is Ortal Vardi. Ortal joined Pentera in 2020 as the company’s Director of Legal Affairs, and was the first and only lawyer at the company. Ortal established the company’s legal department and took a leading role in the company’s latest funding round.

– Shiran Bar-Lev is the company’s Head of Finance. Shiran joined Pentera in 2019 as the company’s Finance Manager. She was responsible for building the finance department from the ground up, facilitating ongoing business conduct and accounting analysis and reporting to investors and the leadership team. She played a pivotal role in Pentera’s previous funding rounds.

– Pentera’s new VP of Research is Alex Spivakovski. Alex was one of the company’s first cyber researchers and was instrumental in building Pentera’s research team and expanding the attack capabilities of its automated security validation platform. Prior to joining Pentera, Alex spent eight years in the Israeli Defense Forces (IDF) as a Technology Officer, where he served as both the Forensics and Incident Response team leader and red team leader.

– Alex Barenboim is Pentera’s new VP of Engineering. Alex was one of the first software engineers to join the company back in 2017, and quickly established himself as a key contributor in defining the company’s product development processes to date, recruiting, leading and mentoring the company’s engineering team. Previously, Alex worked as a Senior Software Engineer at Datorama, a marketing intelligence platform acquired by Salesforce. He also served in the IDF Airforce technology unit, where he received a special award from the Commander of the Israeli Air Force.

– Pentera’s new VP of Customer Operations EMEA and APAC is Chen Tene. Previously, Chen was a top White Hat Hacker. He then joined Pentera as a Security Researcher in early 2018 and built Pentera’s Global Support Function from the ground up. He is responsible for defining all customer-facing technical processes and establishing the delivery and solutions teams.

– Omer Gafni is Pentera’s new VP of Surface. Omer came to the company originally as a Software Engineer, following 10 years of service in the Israeli Air Force. He then crossed over to run the company’s Global Customer Operations team. Since January 2021, Omer has led an elite hybrid team in the development of Pentera Surface, the company’s first software as a service (SaaS) product that extends the security validation platform to include external-facing assets.