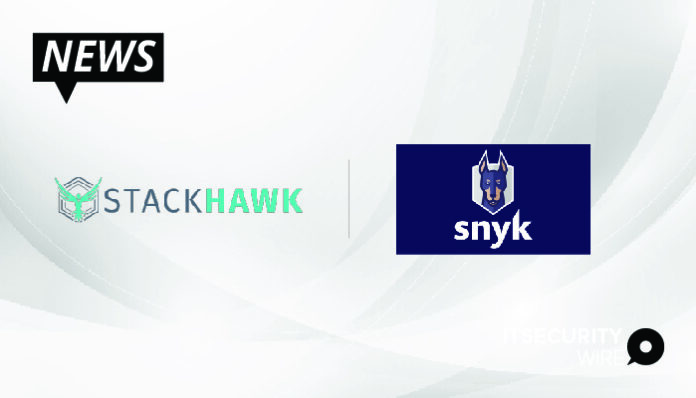 “Our integration with Synk provides users, for the first time, the ability not just to use both DAST and SAST side-by-side, but to use them in a fully integrated way. By unifying the tools, developers can identify which issues are most critical to fix and which line of code needs to be modified for significantly faster remediation,” said Joni Klippert, CEO, StackHawk. “In a world where applications and APIs are the top attack vectors, enabling developers to fix vulnerabilities as part of their workflow, before an issue hits production, is critical for both small and large organizations.”

“We love to see how StackHawk is empowering developers to build quickly and securely as part of our partnership,” said Jill Wilkins, Sr. Director, Global Alliances, at Snyk. “The new Snyk and StackHawk integration is a direct advancement of our collaborative mission to help businesses successfully manage risk, without sacrificing the efficiencies of modern application development methodologies.”

Joint customers are already seeing benefits of implementing developer-first security testing and DevSecOps within a single platform. AngelEye Health noted how the StackHawk and Snyk partnership gives developers a unified look at the security risks in their applications and APIs, without needing to jump across user interfaces (UIs).

“We were looking for DAST and SAST tools that would give our developers a complete understanding of application and API security issues in our apps,” said Jay Maples, director of IT operations at AngelEye Health. “We quickly realized giving them findings across multiple tools and UIs wasn’t going to work. Using the new StackHawk and Snyk integration gives our developers the whole picture of what application security issues exist, which issues are most important to fix, and how they can quickly remediate them.”

Built for modern applications, the StackHawk platform is fully automated in CI/CD, making it easy for developers to roll out software fixes quickly, securely and efficiently. To learn more about the Snyk integration attend the webinar on May 4, 2022 at 10 AM PT. Register

Finite State Secures $30 Million in Series B Funding Round