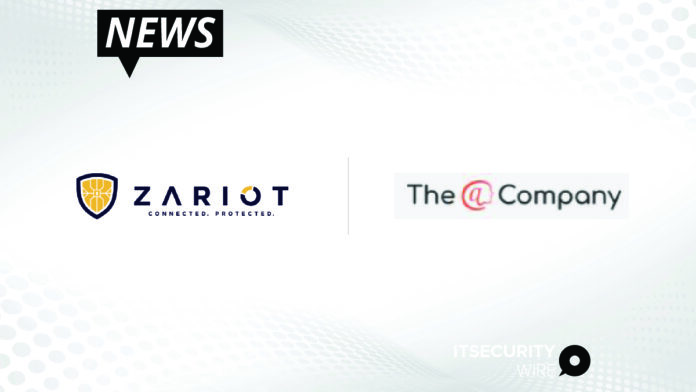 As consumers embrace connected devices and services, inadequate levels of basic security, such as encryption and authentication schemes risk consumer mistrust. To address this, ZARIOT and The @ Company have developed a solution using a new encryption protocol and SIM-based technologies to guarantee data privacy and control. In partnership with Kigen, the SIM, eSIM, or iSIM can be used as a tamper-proof root of trust on cellular IoT devices such as pacemakers, remote security cameras, and asset trackers. This technology benefits business and consumers alike by simplifying not only provisioning and management, but security, data privacy, and ownership in a landscape of increasing public demand and regulation.

“Strong authentication and a standardized approach to trust are fundamental to how our interactions with IoT will be shaped,” said Vincent Korstanje, CEO at Kigen. “This collaboration extends the stringent levels of security across SIM, eSIM, and iSIM, with Kigen OS portfolio and OPEN IoT SAFE, to assure the user that their data is securely exchanged between peers thus protecting their privacy.”

Utilising the SIM makes possible true end-to-end, network layer encrypted data security for IoT devices, without the requirement of gateways and VPNs, or additional device hardware such as a TPM. The elegant, open-source solution will reduce cost, increase security, and can be retrofitted to many existing solutions and devices.

“The best way to get your customers to trust you with their data is to never require them to give it to you,” said Barbara Tallent, co-founder and CEO of The @ Company. “We believe that data privacy is a fundamental right and that securing all devices on the network is the key to true privacy for people and entities. It is our goal to make that easy for developers.”

The @platform was uniquely developed to ensure data privacy through authentication and encryption, and to “flip the Internet” in terms of data ownership, by shifting control to the owner of the information. ZARIOT was founded to bring security to IoT connectivity, and having developed patented, SIM-based, anti-IMSI catcher technology, recognised the immense potential of utilizing the capacity of eUICC SIM technology to store the cryptographic keys. Kigen’s mission is to drive eSIM and iSIM to be the cornerstone of IoT security, and are best suited to bring this encryption technology to the IoT marketplace. Building on shared foundations of privacy and security, the three companies aim to deliver secure connectivity that supports the entire long-term IoT solution at scale.

“In IoT, this is an opportunity not just to bring encryption and security, but also simplified provisioning and management for the (often considerable) lifetime of IoT devices,” commented Dawood Ghalaeiny, CEO of ZARIOT. “This kind of flexible long-term solution reduces operating costs upfront, and also over the life of the business – something enterprises often fail to consider when launching a new product.”

Credenxia leaps into the future with Dock’s API