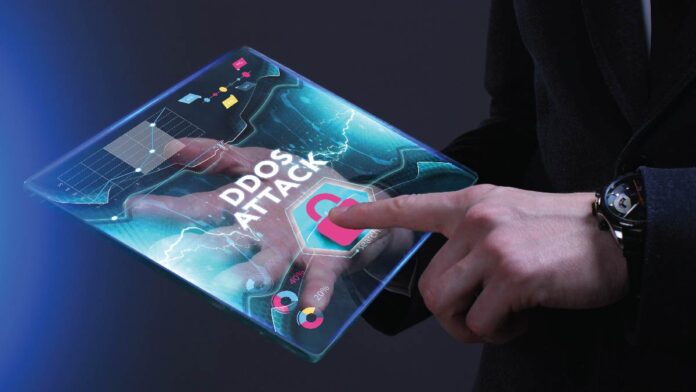 Due to the COVID crisis, 2020 has been a year of unparalleled change and uncertainty for business. However, one constant is the threat of a cyber-attack on any company, at any time. The pandemic created a seismic shift in how people work and live, accelerating the rise of DDoS attacks.

A distributed denial-of-service (DDoS) attack is one of the most dangerous threats that businesses will face. While DDoS attacks come in different forms, the ultimate goal is to bring down targeted servers or networks by inundating them with traffic from hacked devices or networks. Not only can these attacks disrupt services substantially, but they also come at a high cost to businesses.

For a long time, DDoS has been associated with ransomware. Cyber-criminals bombard a victim’s servers and networks with requests, impairing their operations before demanding money to prevent the attack. According to a survey conducted this year by Neustar International Security Council (NISC) of 313 cybersecurity professionals, nearly half (44%) of businesses have been targeted or have been the victim of a ransom-related distributed denial of service (RDDoS) attack in the last one year.

Given the danger posed by DDoS attacks, particularly ransomware-related DDoS attacks, security teams are frequently concerned. So, here are a few best practices that businesses can follow to mitigate such threats.

It’s critical to make sure that the IT infrastructure doesn’t have any single points of failure that a hacker could take advantage of. This could entail ensuring that data servers are connected via different networks and pathways, putting servers in distinct data centers in different geographic locations, and ensuring that service providers are diverse.

Cloud-based hosting, which is closely tied to building a solid architecture, often stores files on several servers. Let’s say one of those servers is taken down by a DDoS attack, other servers can provide assistance in this circumstance, ensuring that businesses do not experience any downtime as resources are distributed across several servers. Businesses should consider if the provider hosts websites through big providers or on their own servers when choosing a hosting provider.

Have a strategy in place for dealing with DDoS attacks

What will businesses do in the event of a DDoS attack? What are the procedures for notice and escalation? Organizations will be able to respond quickly and effectively when attackers target their network if they have a plan in place. The problem is that the more complicated the infrastructure is, the more elaborate the DDoS plan should be.

AI should be incorporated into the security stack

Humans are not effective responders in the face of the scale and speed with which attackers launch DDoS attacks. Artificial intelligence (AI)-based security systems can learn what is “normal” for a company. When there is an “abnormal” increase in traffic, AI can assess the flow and prevent access from suspicious areas, ensuring that the “normal” is maintained.