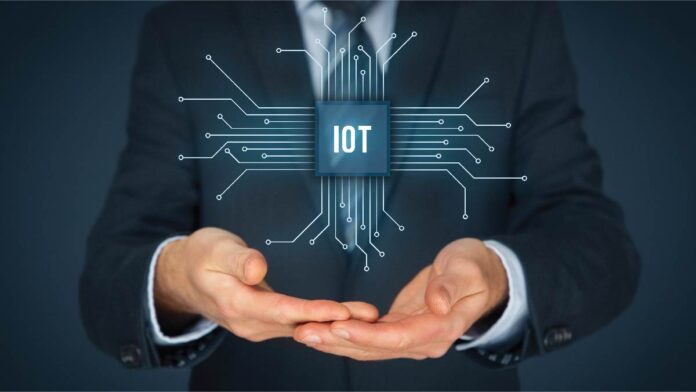 With the steady growth of IoT devices in enterprise worldwide, experts warn industry leaders to tighten the network security for seamless IoT functioning

In recent times, the impact of IoT devices in the business transformation of enterprises has been immensely efficient. From multiple use cases, including the facilitation of remote operations and the management of distancing policies, the utilization of IoT devices has witnessed a steady growth. The global IoT market is expected to hit the $1.1 trillion mark by 2024, according to a Research And Markets report.

Regardless of the type of activity involved, even simple sensor devices have the skill to monitor, automate, and manage several operational needs. Additionally, their automation and resource optimization capabilities are predicted to be the most beneficial for global enterprises during their business transformation journey

However, as most IoT applications rely on a fast and dependable cloud connection, networking issues like packet loss and jitter can significantly affect the performance of IoT devices. Those devices that derive insights from their ability to function in real-time are affected the most.

Unfortunately, IoT devices have been facing a lack of trust when it comes to security. Organizations need to make sure their network can handle a massive number of devices at a time. Experts opine that it is important for all device locations to have the same connection speed, ease of access, and reliability. Due to the growing number and classification of devices, the scaling of network capabilities is equally essential.

Despite being a security liability, it’s a common phenomenon to find devices without the necessary security features such as data encryption and authentication controls. As a result, they are an easy target for threat actors worldwide who can use them as network entry points or hijack them to act as botnets for unsuspecting future attacks.

Enterprises should be mindful while choosing devices to support their business transformation efforts. Experts strongly recommend enterprises ensure the security of every little hardware, software, or resource connected to the network. Compensation of these flaws is a possibility with the SASE approach, wherein, the networking and security functions are delivered through the cloud.

Large IoT networks can be secured effectively by SASE as most endpoints have the same level of security and network management. Limited data access controls and connection time should be leveraged. Sandboxing is an effective technique to isolate and examine suspicious attempts that might show signs of compromised device activity. Enterprises should ensure control of the devices’ network and gateway access as well. This is important as enterprises must ensure that data is constricted to a specific geographic location so that it follows regulatory compliance.

With the exponential increase of IoT devices across industries, enterprises are also entrusted with the responsibility of making sure their network can handle the growing data traffic, and maintain an optimal device operations performance. With changing customer and business demands, IoT devices need to have the flexibility to scale as required and be able to reduce costs despite the continuous evolution of digital transformation.

Differential Privacy is a Hard But Necessary Call to Make