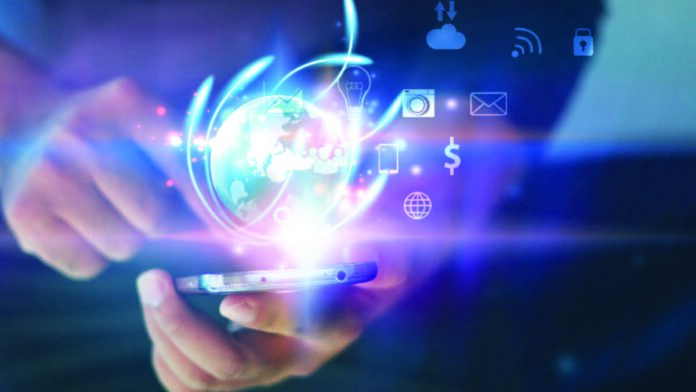 In the last two years, the use of mobile devices has increased dramatically, as has the market for mobile apps. Mobile apps are expected to earn more than USD 935 billion in income by 2023, according to the Statista report “Worldwide Mobile App Revenues In 2014 to 2023.”

Unfortunately, areas with high growth potential typically attract the attention of threat actors attempting to profit from vulnerabilities. That’s why, in most industries, mobile app security has become a top priority – especially if the company has an app that has sensitive data passing through it or contains valuable intellectual property (IP).

What ultimately keeps the mobile app secure and the business safe is implementing security measures throughout the app creation process and continuing to monitor the app once it’s released into the wild.

In 2022, mobile application security testing will be a top priority for any company that has a mobile app. To understand why, let’s take a look at the common security threats that mobile apps face, as well as the impact these threats might have on a company.

Mobile applications are vulnerable to a variety of threats.

Take the MATE (man-at-the-end) attack vector, for example. An attacker can launch a mobile application on their local device and then inspect and reverse engineer it using specific tools and resources. This provides them with access to how the app runs

Security misconfigurations, insecure data storage, and insecure communication are some of the other mobile app security vulnerabilities. Without many levels of protection, the application is vulnerable to a wide range of threats.

Though mobile app security threats vary in intensity and sophistication, the end result is frequently the same: IP theft, revenue loss, data leakage, and loss of customer trust. As a result, mobile app security must be prioritized at all stages of the development process.

Mobile app developers are better prepared to discover and mitigate mobile app security threats and vulnerabilities when they include frequent testing to gather real feedback.

Mobile app security testing checks the app for any security flaws that could compromise the app’s functionality. Whether motivated by compliance or in response to a security incident, the purpose of app scanning is to successfully harden the application and mitigate risk.

Static analysis and dynamic analysis are two approaches of testing an application. Though each is useful on its own, when used together, they can significantly improve the mobile app’s security posture.

Why penetration testing isn’t going to be enough

Pentesting has traditionally been the favored method of mobile app testing for mobile teams. Pentesting is an effective security assessment method that can detect the lack of code hardening and anti-tampering protection. However, in the fast-paced world of mobile app development, it doesn’t always work.

Pentesting is both costly and time-consuming. The results are normally shared with the development team after the software has been developed, often months later. This frequently necessitates a difficult decision by the organization: is it more vital to publish the software on time or to mitigate the risks identified?

The feedback may not be adopted if the risk is assessed to be manageable. However, if the risk is significant enough, development teams will be forced to put everything on hold in order to address it, resulting in a ripple effect that affects the development and delivery of new app features. It’s simple to see how this process could pit security and mobile app development teams against one another.

This underscores the necessity of identifying and selecting a security testing solution that is intended for developers and tailored specifically for mobile applications. A developer-friendly mobile security solution provides actionable feedback that helps development and security teams work together more effectively.

Why will automated app security testing be a priority?

Organizations cannot risk the consequences of an unsecured app in a world where they are tasked with constant innovation to suit their customers’ rapidly changing demands.

In 2022, app security testing will most likely fall within the purview of the mobile app development team, with the assistance of automated tools. This makes the testing process more cost-effective and manageable, allowing development teams to receive frequent and consistent feedback on a mobile app’s security. Is there any added benefit? Developers can do mobile app testing as frequently as they wish with an automated testing tool, preparing the team for an efficient, successful external assessment or pen test.