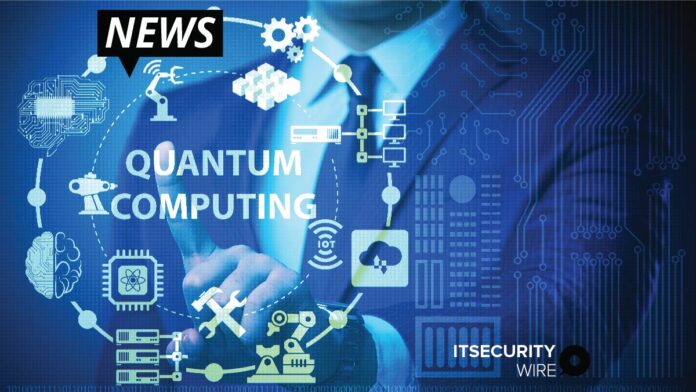 Arqit, a British company established in 2017, has announced the launch of a new quantum cybersecurity platform designed to solve current and future threats to the security of internet communications.

The platform, QuantumCloud™, uses transformational innovation in both quantum physics and crypto-mathematics, and has been developed over the course of four years of collaboration with the UK Government, BT and Virgin Orbit.

The launch positions the British economy at the forefront of global innovation in quantum, space and cyber technology, and Arqit alone intends to create 2,000 high-tech jobs in the UK. Since 2017, Arqit has received significant financial support from the UK Government through various departments and innovation programs.

Arqit is in a position now to announce that, as a result of Wednesday’s announced financing transaction, it will remain operationally headquartered in the UK.

Arqit and BT today further announced that BT has entered into a contract to become Arqit’s exclusive reseller in the UK, incorporating their products into its wider portfolio of Security solutions. BT was a foundational research partner for Arqit in 2017, and the companies intend to extend their collaboration to find new ways to develop the UK’s quantum communications infrastructure.

Virgin, which has itself a long history of pioneering in aerospace technology, has invested via its Virgin Orbit subsidiary in the Arqit financing transaction as well as signing contracts to launch the first two Arqit satellites, possibly from Cornwall in the UK, targeted for 2023.

Arqit’s mission is to use transformational quantum encryption technology to protect the data of our governments, enterprises and citizens. Over the past four years, Arqit has invented and patented technology which substantially extends the ability to provide the benefits of Quantum Key Distribution (QKD) to end point devices. QuantumCloud™ puts a lightweight agent at any end point device, which is able to rapidly create an unlimited number of symmetric keys with partner devices.

QuantumCloud™’s reach is due to be expanded further through the usage of pioneering satellite technology. Currently the symmetric keys used in data encryption are created terrestrially.

However, by 2023 Arqit plans to launch two quantum satellites, which will build on established QKD protocols to extend the capability to both create and transmit a backbone of secure keys to the data centres of Arqit’s customers all over the world.

The US Government department NIST published a White Paper in April urging haste in the creation of new solutions to these problems – Arqit and its partners have achieved just such a solution.

Kwasi Kwarteng, BEIS SoS said: “Building back better from the pandemic means harnessing the latest developments in science and technology, so we want the UK to be the world’s first quantum- ready economy given its potential to deliver new jobs, skills and knowledge across Britain.

“Our National Quantum Technologies Programme, that is set to pass £1bn of public and private investment over its lifetime, is helping create a world leading quantum ecosystem here in UK, and supporting the commercial success of innovative quantum businesses.”

Howard Watson, Chief Technology Officer of BT said: “BT has been undertaking pioneering research in quantum security for many years, including working with Arqit on the research and concepts behind their technology.

This launch is a great example of the innovation and capabilities that are being developed through collaboration across the UK’s technology ecosystem. We are proud to be providing this technology to UK customers, which will bolster our industry-leading security capabilities.”

Dan Hart, President and CEO of Virgin Orbit said: “The Virgin Group has been a long-term investor in space because of the transformational impact it will have on our world. At Virgin Orbit, we look for innovative companies to work with, and we are pleased to be Arqit’s satellite launch partner and to invest in its development. Arqit’s satellites will enable the company to further distribute its cutting-edge quantum encryption technology, which will drive and protect development across so many key sectors.”

Arqit Co-Founder and Chairman David Williams said: “This is a global business and we are proud to have on the team some of the finest minds and capabilities from the US military and cyber, space and cloud tech markets.

Also the UK’s public and private start-up community must take considerable credit for providing the infrastructure and backing to build this business – which we believe will embed the UK at the heart of global cyber-security and quantum encryption commercial and government programmes for decades to come.

In the course of the next few weeks and months we will be announcing a long list of international customer and partner initiatives which are testament to the regard in which the UK is held in this mission critical enterprise and we are grateful to the Government, BT, Virgin and other backers for their support in our development.”