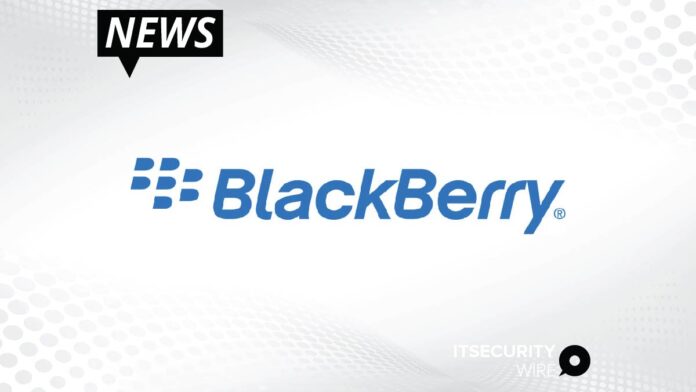 BlackBerry Limited (NYSE: BB; TSX: BB) today announced updates to the leadership of the standing committees of the company’s Board of Directors.

The company announced that Michael Daniels has been appointed as Chair of the Compensation, Nomination and Governance Committee of the Board.  Mr. Daniels has served on the Committee since October 2014.  He currently serves as Chairman of CACI International Inc. and as a director of Two Six Technologies, LLC and Mercury Systems, Inc., where he is a member of the Human Capital and Compensation Committee and the Nominating and Governance Committee.

Previously, he served as Senior Vice President at Science Applications International Corporation (SAIC), as Chairman and CEO of Network Solutions, and as Chairman of the Northern Virginia Technology Council and the Logistics Management Institute.  Mr. Daniels succeeds V. Prem Watsa who has rotated from the role of Chair of the Compensation, Nomination and Governance Committee of the Board.  Mr. Watsa will remain as Lead Director of the Board and as a member of the Committee.

BlackBerry also announced that Lisa Disbrow has been appointed the Chair of the Audit and Risk Management Committee of the Board.  Ms. Disbrow has served on the Committee since August 2019 and is an audit committee financial expert.  She currently serves as Chair of Hensoldt, Inc. and the Logistics Management Institute, as a director of Mercury Systems, Inc., SparkCognition Government Systems, Inc. and the Sequa Corporation, and as Senior Fellow at the Johns Hopkins University Applied Physics Lab.

Previously, she served over 30 years in senior civilian and military positions in the U.S. government, and was the Senate-confirmed Under Secretary of the U.S. Air Force.  She also served as Acting Secretary of the Air Force and was the Senate-confirmed chief financial officer of the Air Force, as the Assistant Secretary for Financial Management and Comptroller.  She succeeds Barbara Stymiest who has rotated from the role of Chair of the Audit and Risk Management Committee of the Board.  Ms. Stymiest will remain as a member of the Committee.

John Chen, Executive Chairman and Chief Executive Officer of BlackBerry, said, “The rotations we announced today underscore our commitment to strong corporate governance and help to further enhance the Board’s independent oversight.  We engaged with shareholders in connection with our 2021 Annual General Meeting and have considered their input and perspectives in making these leadership changes.”

“On behalf of the Board, I would like to thank Prem and Barb for their thoughtful stewardship and dedication as Committee Chairs for almost eight years and I’m confident that the company and its shareholders will benefit from the expertise and insight that Mike and Lisa will bring to their new roles,” said Mr. Chen.