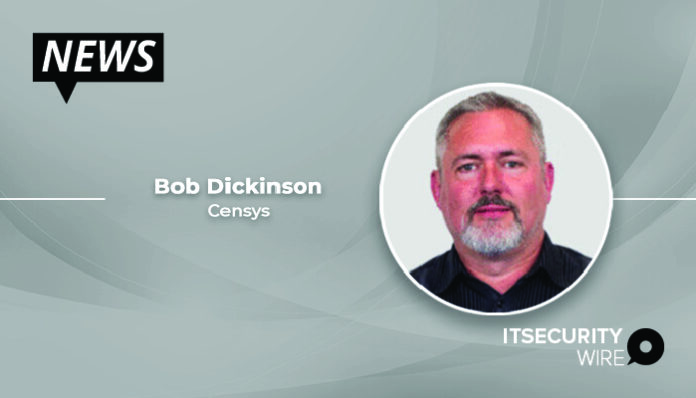 “Since joining Censys this year, I’ve had the opportunity to witness our team’s impressive growth, and I’m honored to bring on Matthew and Bob to expand Censys and help us achieve a new level of excellence as we continue to grow this year,” said Brad Brooks, CEO, Censys. “The power of Censys lies within our people, and I’m eager to see how these individuals take our company to the next level.”

Most recently, Matt was OneLogin’s Chief Revenue Officer and Customer Success Officer, overseeing a team of more than 150 people across the Go To Make Function. Before OneLogin Matt led Juniper Networks’ Global Channel Program and Strategy team, and prior to Juniper he worked for Bell Canada, a Canadian-based telecommunications organization, for nearly 8 years based in Montreal, Quebec. In 2020, Hurley joined Datavalet Technologies’ Board of Directors, an IT services and consulting provider also based in Canada.

With over 20 years of global experience, Hurley brings insights from his roles across marketing, sales, customer success, operations and finance. In his current role with Censys, Hurley will be responsible for all revenue generating functions at Censys, including sales, sales engineering and partner functions.

Bob Dickinson will serve as Censys’ Chief Technology Officer. Dickinson previously served as OneLogin’s CTO through their recent acquisition, as well as President and CEO of Synchro Labs, Inc., a mobile application development platform he created. Additionally throughout his career, Dickinson has founded several organizations, including sign.in, a secure password management service, and Switchbox Labs, a consumer tech start-up acquired by Lenovo in 2009.

An experienced executive in both public and private company technology leadership, Dickinson also brings over 30 years of engineering and programming experience to his role. As Censys’ CTO, he will lead the growing engineering organization as well as drive technology strategy and direction.