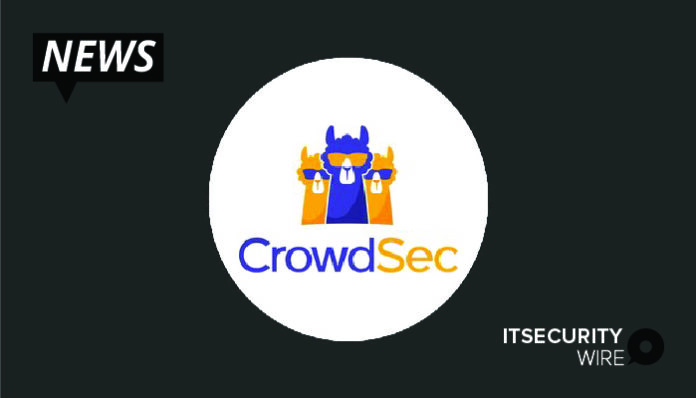 CrowdSec, the Paris-based collaborative cybersecurity solution, has today announced that its open-source software has expanded its compatibility range to include Windows, Synology, OPNSense and Magento. These new compatibilities extend CrowdSec’s ability to detect, block, and share intelligence on cyberattacks among its community of users, employing crowdsourcing to make the internet a safer place for all. After having previously supported most popular Linux-based distributions, CrowdSec’s extended compatibility portfolio can now integrate with and support additional key platforms and operating systems.

At a time when cyberattacks are on the rise against both public and private entities, CrowdSec leverages its tens of thousands users in 150+ countries to identify bad cybersecurity actors and create a database of malicious IPs for all community members to block, generating a real-time crowdsourced CTI (cyber threat intelligence database). So far, CrowdSec users have reported more than 2 million malicious IP addresses, with its expansion to additional operating systems broadening the swatch of internet users it is able to protect. The details of CrowdSec’s compatibility with these platforms and operating systems is as follows:

Also Read: Dealing with Uncertainty: How Can CISOs Address the Issue?

Windows:CrowdSec has released an ALPHA version of its Microsoft Windows port, which comes with several new Windows-specific features, including RDP (Remote Desktop Protocol); SMB: a client-server protocol allowing for access to resources on the network to guard against brute force detection; IIS logs parser; SQL Server brute force detection; Windows Firewall port scan detection. This also includes a remediation agent for the Windows Firewall, which works with the Windows Firewall to automatically drop IP addresses that have been blocked by CrowdSec.

Synology:Being the most popular NAS (Network Attached Storage) solution on the b2c market, Synology naturally attracts cyberattacks. The latest attack featured brute force attacks on internet-exposed login credentials, probing for weak or default usernames and passwords, and if successful, the StealthWorker malware would have been injected. However, with CrowdSec installed, Synology servers can prevent any brute force attacks or any other scenarios, offering a simple-to-deploy yet powerful protection layer for Synology NAS solutions.

OPNSense:OPNSense is a popular FreeBSD distribution, designed for security and offering advanced firewall and secure routing services. The CrowdSec open-source port allows users to integrate CrowdSec’s community-generated IP blocking lists with OPNsense’s firewall and set up new firewall rules. OPNSense users will also be able to exploit CrowdSec to the maximum of its capabilities by using the command line agent, setting up specific bouncers and managing the list of rules in place.

Magento:Used by millions of websites, Magento is the most popular e-commerce platform, making it also one of the most popular targets of cyberattacks. A common issue for e-commerce websites is false positives, i.e. legitimate users whose behavior can generate suspicion, like making several attempts to login because of forgotten passwords. Instead of directly blocking the user, CrowdSec will instruct Magento to display a CAPTCHA to make sure bots are blocked, but legitimate users can go through and complete their business.

“We have always taken a collective approach to cybersecurity, and part of that is making our solution available to as many users as possible, across as many operating systems and platforms as we can”, said CrowdSec CEO and founder Philippe Humeau. “Combating cybercriminals and making the internet a safer place for all is in part a numbers game, so expanding our compatibility to some of the most-used platforms like OPNSense and Magento, as well as operating systems like Windows and Synology was the natural progression. We’re looking forward to continuing to grow our list of compatible programs in the future.”