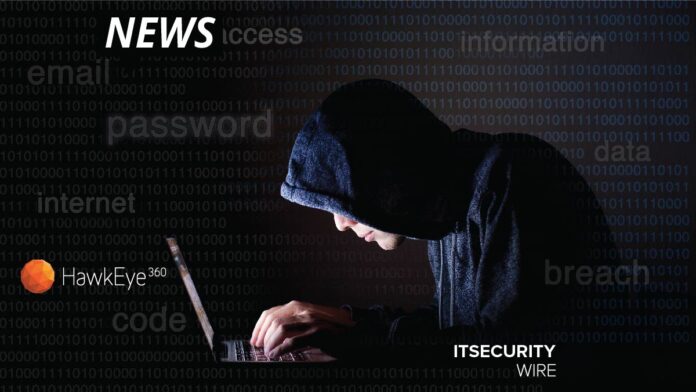 HawkEye 360 Inc., the first commercial company to use formation-flying satellites to create a new class of radio frequency (RF) data analytics, today announced the incorporation of a new trawling behavior detection capability to SEAkerTM, the company’s maritime domain awareness product. This feature is a part of a series of new functionalities to be added within the year that will enable organizations to more comprehensively minimize maritime risk and protect national interests. HawkEye 360’s expanding SEAker product offers an effective way to monitor and enforce the protection of our food, environment and national interests from illicit maritime activity.

Also Read Interview : Is it Time to Say Goodbye to Passwords?

“In order to police the illegal activities occurring across the vast oceans, the world needs — but does not yet have — timely, consistent, and actionable intelligence on illicit vessel behaviors,” said HawkEye 360 CEO John Serafini. “HawkEye 360 is proud to launch unparalleled commercial capabilities, made possible by our expanding constellation and analytics portfolio, that allow authorities worldwide to monitor and take action against bad actors involved in IUU fishing.”

The economic consequences of IUU fishing are also significant. It is estimated to cost the seafood industry as much as $50 billion each year, cutting into the incomes of honest fishing businesses globally. IUU fishing operations are also frequently linked to forced labor and human rights abuses — confronting IUU fishing, therefore, will protect both the environment and vulnerable labor populations.

IUU fishing thrives on a complex, hard-to-regulate supply chain. With limited and varying regulations across the globe, legitimate maritime activity blends in with illegal activity. While AIS data could drastically improve visibility with strict enforcement, it does not account for vessels intentionally turning off their tracking devices, so the depth of IUU fishing problems could be greater than public information suggests.

HawkEye 360’s growing constellation of satellites geolocate a diverse set of radio frequency signals emitted by ships, such as X-band and S-band marine navigation radars and VHF radios, offering a trusted and timely way to monitor the high seas for illicit activity.

IT Security Threats are taking a higher Toll than Ever