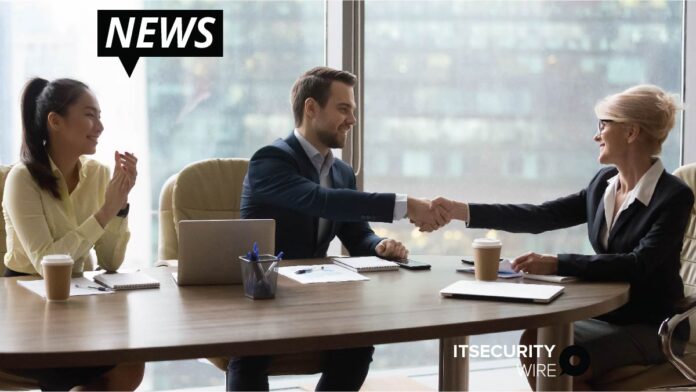 ImageWare® Systems, Inc. (OTCQB: IWSY) (“ImageWare” or the “Company”), a leader in biometric identification and authentication, announced today that it has appointed Lauren C. Anderson to its Board of Directors, effective February 22, 2021. Following Anderson’s addition, ImageWare’s Board is now expanded from three members to four, including three independent Directors.

Anderson comes to ImageWare with nearly three decades of security, counterterrorism, and diplomacy expertise. She previously held various leadership roles within the Federal Bureau of Investigation (“FBI”) over a nearly thirty-year career where she spearheaded investigations and operations, domestically and internationally, in 24 countries; she was also the first FBI agent to become an International Women’s Forum Leadership Foundation Fellow. Anderson serves as an advisor and special skilled role player for the U.S. Army, and is an advisor with Stellar Solutions, a global systems engineering service provider. She is currently CEO of LC Anderson International Consulting, which she founded in 2013, and serves as an advisor to the U.S. Comptroller General at the Government Accountability Office on international security, intelligence, criminal justice, law enforcement, and women’s leadership.

Anderson also holds numerous professional awards and certifications and is an Associate Fellow with the Geneva Centre for Security Policy. She is a member of the Council on Foreign Relations, the International Women’s Forum, and is a director emeritus for the Women’s Forum of New York. She also served as a judge for the Women’s Safety XPrize and the Stevie Awards, and is a mentor with the Women’s Foreign Policy Group and Girl Security. Anderson holds a security clearance and numerous certifications with the United States government.

“On behalf of the ImageWare leadership team, I would like to formally welcome Lauren C. Anderson to our Board,” said Company Chair, President, and CEO Kristin Taylor. “Lauren possesses a truly unique combination of experience and skills that are well-suited to our Company’s near and long-term objectives in expanding the law enforcement and public safety sectors in state, local and federal markets. Through her multi-decade career with the FBI, Lauren has established herself as a global security expert at the highest levels within the federal government, a key market for ImageWare historically and going forward. As we roll out our next generation products for new and current law enforcement and government agency customers and look to expand internationally, we expect to benefit from her strong relationships and in-the-field experience to increase our existing footprint.”

Anderson added: “Having worked in the global security sector in a variety of capacities over the years, I am coming to ImageWare with a real understanding of the Company’s solutions and the overall market we are addressing. In many government, and increasingly enterprise, applications, cybersecurity and identity management have gone from business to mission critical. The proliferation of remote work has only exacerbated this need for reliable identity management solutions. With a reputation for providing the most secure, accurate and fastest biometrics offerings in the industry, ImageWare has a real opportunity to take share in a rapidly growing market. I’m looking forward to playing a strategic role in expanding our government and international presence as we further commercialize our industry-leading portfolio of solutions.”

Also Read: Women in Cybersecurity Roles Thrived Amidst the Pandemic

Anderson has an Honorary Doctorate of Humane Letters from LIM College and holds of B.A. in Psychology from Muhlenberg College. She has completed executive programs at each of Harvard Business School, Northwestern University’s Kellogg School of Management, Cambridge Judge Business School, and the George C. Marshall European Center for Security Studies in Garmisch, Germany.