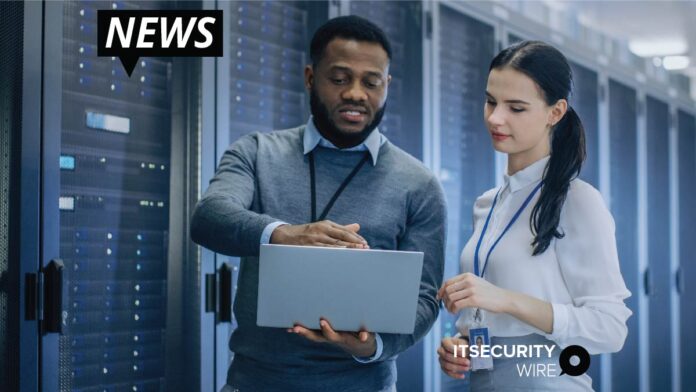 Netskope, the leading security cloud, today announced the continued expansion of the Netskope NewEdge network across the Asia-Pacific region.

Upgrades in Singapore and Australia have already been completed with additional data centers now coming online for new and expanded coverage in Australia, New Zealand, and The Philippines, with more data centers planned for deployment later this year to expand service in China.

Netskope’s strong presence in Asia-Pacific continues to grow as it addresses remote offices and branch needs for some of the world’s largest F100 businesses, as well as locally-headquartered firms like Yamaha in Japan, Virtual Gaming Worlds in Australia, and Ather in India.

This latest NewEdge expansion will further help the growing number of enterprises worldwide that embrace a SASE vision of converged security and networking to stay ahead of ever-evolving web- and cloud-based security threats and protect data wherever it is.

Shane Laffin, Head of Cyber and Digital Trust at Reece says, “Our purpose at Reece is to improve the lives of our customers and our people, it guides everything we do – including our digital transformation.

As part of this transformation we were looking for a security vendor to provide a unified approach to securing our data in the cloud, and Netskope was the optimal way forward because it gave us an opportunity to consolidate both cloud and web proxies into one.

This simplifies the operations and reduces the cost and complexity for the team, allowing us to focus on adding more value for the business and our customers.”

In both Singapore and Australia, the increased NewEdge capacity allows Netskope to meet the ever-growing demand for its inline services, including next-gen Secure Web Gateway (SWG), as more customers leave behind legacy on-prem appliances and backhaul-based WAN architectures that are costly to maintain and inflexible for an increasingly remote workforce.

The upcoming data centers in Auckland, New Zealand, Manila, Philippines, Perth and Melbourne, Australia, and mainland China are all part of the single, unified NewEdge network, and include a mix of data planes—capable of scaling to handle 2Tbps of traffic per location—for real-time, inline security traffic processing, as well as management planes critical for API-driven security controls and policy management functions.

NewEdge also offers direct peering with web, cloud and SaaS providers to maintain the highly connected nature of the Netskope network. For example, every data center is directly connected with Microsoft and Google in every location to deliver a superior user experience and high-performance application experience, as well as the addition of new and expanded peering relationships with providers including Amazon, ServiceNow, Rakuten, and Tencent, among others.

This approach will allow NewEdge to retain its leadership as one of the most connected networks in the world – with more than 350+ network publicly visible network adjacencies (out of over 1,000 total) based on public rankings that position Netskope alongside well-known web brands including Apple, Netflix, Oracle, and Facebook.

“With the data center expansions in the Asia-Pacific region, we are continuing to expand global coverage with NewEdge, the world’s largest, highest-performing, and highly-interconnected security private cloud.,” said Tony Burnside, Vice President for Netskope Asia Pacific. “I am incredibly proud of the growth and achievement our team has accomplished in what was a record year for Netskope in all regions. With the increase in remote work, our team has seen significant demand for a true SASE solution that secures remote workers and devices without sacrificing user experience. This momentum is evidence that our continued investment in the region is making an impact, and is a testament to where we’re headed in the future as we grow our footprint in APAC.”

In addition to the aggressive expansion plans in APAC for NewEdge, Netskope is also growing the local presence significantly. In the last year, the local team has more than tripled in size, including the addition of Nathan Brooker leading the Northern Region and Brian Zerafa leading the Southern Region.

The Netskope Security Cloud, delivered on NewEdge, provides unrivaled visibility and real-time data and threat protection for cloud services, websites, and private apps accessed from anywhere, on any device.

Only Netskope understands the cloud and takes a data-centric approach that empowers security teams with the right balance of protection and speed they need to secure their digital transformation journey.

Initium Cyber Security Announces the Addition of Serial Entrepreneur Rotem Gantz to Its Advisory Board...