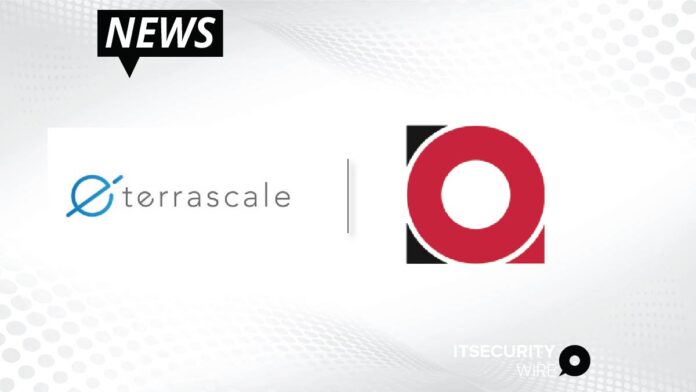 TerraScale Inc. shareholders and iQ International (FRA: IQL) yesterday announced that they have entered into definitive Share Exchange Agreements agreeing to merge the operations of the two companies, with iQ International being the successor entity and changing its name to TerraScale AG, the green technology leader reinventing the future of digital infrastructure, renewable energy, clean power management and cybersecurity.

It is planned that iQ’s current CEO, Kevin T. Loman, will continue to hold an executive position and its current Executive Chairman, George M. Weiss, will remain on the board until the next Shareholder’s meeting when General Barbero is expected to become Board Chairman and Mr. Weiss will act as a senior advisor to the board and management of the new company.

Under the terms of the agreement, which has been unanimously approved by both companies’ Boards of Directors, the share ownership of the company on a fully diluted basis (i.e., when taking into consideration all stock options granted but not yet exercised) will be 49% TerraScale shareholders, 51% iQ shareholders. The company will continue to be traded at the General Standard of the German stock exchange (Deutsche Börse) in Frankfurt/Germany.

The combination of these two companies and their innovative solutions – TerraScale’s data center and cyber security expertise, and iQ International’s battery and power solutions technologies – will set new standards when it comes to sustainability and security in data center design.

By utilizing the knowledge and expertise from both sides of the new brand, they plan to implement mixed zero carbon on-site power generation, combined with unique battery storage and best-in-class cyber security protection as an additional layer of security around the combined company’s data centers and its power structure.

Additionally, the company will ensure resiliency and availability of their data centers by moving the load via modern satellite technology, 5G and traditional fiber optic cables.

“Over the past decade, we have seen many new concepts entering the data center market, often related to their power consumption or power storage. While these innovations may initially have been driven by revenue goals, carbon neutrality and ESG principles have become a societal issue and should be on the mind of all responsible companies,” says Danny Hayes, CEO & Co-Founder of TerraScale.

“Our vision is to use data centers as a platform to integrate state of the art renewable energy solutions, high density compute platforms with low power consumption, and disruptive low energy cooling technologies all wrapped in iron clad cyber security solutions. We call this environment the ‘Green Cloud.'”

“Many of the existing players in the data center market are either looking at the big metropolitan areas to gain connectivity, or at remote areas with clean renewable resources, but what’s missing is the innovative will to take a step back and develop a concept that ensures modern power concepts are implemented safely without the paradigm of centralization from the past,” adds Kevin T. Loman, CEO & Co-Founder of iQ International.

“We are bringing together longstanding engineering expertise and cutting-edge thinking to make sure power-intensive applications can be run more securely and sustainably, but also introducing new concepts of battery cyber security we believe is currently being overlooked by operators.”

“Cyber security has been one of the key challenges companies face since the beginning of networked computing. Today, there isn’t a single day without reports of data leaks, losses or other attacks,” says Col. (Ret) Mark Schonberg, President of TerraScale. “Most colocation providers leave data security fully in the responsibility of their clients, and never think about the power grid supporting their systems.  Our goal is to build data centers and their power ecosystems with a military-grade cyber defense in-depth for virtual systems to provide additional protection for the customers of our Green Cloud.”

Near and Long Term Fundings

It is planned that within the near future, Hudson Capital Advisors (acting as agent) and Goldfingr (acting as advisor), two highly respected investment firms, will arrange for the sale of approximately $10 million of subordinated notes convertible into common stock of the company after the forthcoming shareholders’ meeting when increased conditional and authorized capital will be available.

Thereafter, it is the intention of iQ and TerraScale to enter into agreements with major investment sources to receive fundings of at least $100 million in equity into the combined company after final closing at the next AGM.