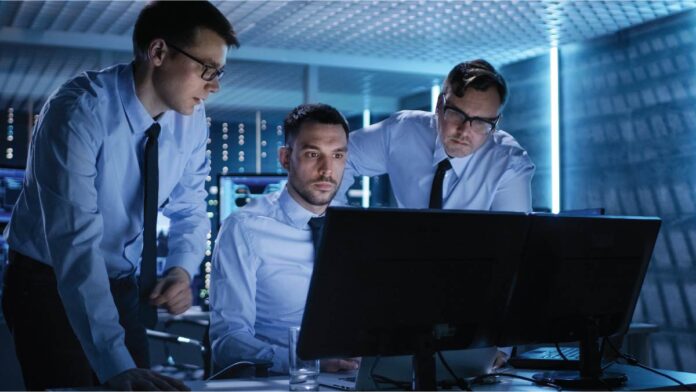 With the recent SolarWinds attack, the climbing graph of cyber-attacks and data breaches needs to be highlighted and given some thought. The pandemic driven year 2020 was nothing short of despair and devastation across societies, governments, and industries.

What makes the cyber-attacks a bigger threat is that they stem from hacker groups and state actors that operate with tactical cooperation. With the increasing technology applications like Machine Learning, 5G, and Artificial Intelligence, the nest of cybercrime is growing at lightning speed, breaking records. Industry experts take a long and hard look at the recent statistics.

According to a Yahoo Finance study Cybersecurity at a Crossroads: The Insight 2021, 78 percent of C-level IT security executives lack confidence in their organization’s cybersecurity system. Despite the growing risk awareness worldwide, most companies find themselves to not be properly equipped to fight cyber-attacks. This prompted over 90 percent of brands to increase their cyber-hygiene budget this year.

Also Read: The Future of Cyber Warfare: Is Attack the Best Form of…

Revealing staggering numbers was US Federal Trade Commission that stated that they received over 394,000 reports of government benefits fraud as compared to just 12,900 filed in 2019. They held a theft awareness week last month, but the rising numbers of the various kinds of cyber threats are putting companies in increasing distress.

Considered as a hacker’s go-to strategy, phishing attacks are ranked at the top. Google reported over 2,145,013 phishing websites as of January. No doubt, a Verizon research report cited phishing as the number one social engineering attack. Accounting for over 80 percent of security incidents, phishing often comes with an offer to install malware.

Coincidently or not, malware increased by 358 percent last year. Reported by Deep Instincts study, the malware statistics was accompanied by the growing numbers of ransomware at 435 percent. Infosecurity Magazine claims that for every 10 seconds, there is one Ransomware victim.

Eighteen DDoS attacks per minute! As terrifying as it sounds, Netscout Threat Intelligence reports that what really caught their attention was the magnitude of bandwidth consumed by these attacks, which is basically traffic that people pay for.

Check Point Software’s Security report presents a global picture of the cybercrime. With over 100,000 malicious websites and 10,000 malicious files, 87% of organizations worldwide have either been victims, witnessed an attempted exploit, or are experiencing it at the moment.  To lower the number of these malicious statistics and reports, it is going to cost a fortune, so to speak.

Cybersecurity Ventures estimates a total cost of $10.5 trillion by 2025. With the number of internet connected devices to reach 75 billion by 2025, there will be hundreds of zettabytes of data by then.

Statistics from RiskIQ reveal that $2,900,000 is lost to cybercrime every minute and most companies pay $25 every minute to counter cyber breaches. An IBM and Ponemon Institute published a report called The 2020 Cost of a Data Breach that stated the average cost of a data breach to be worth $3.86 million.

While it will take a long period of time to drastically lower the numbers of cyber-attacks, one thing is for sure the cyber-security market will play a crucial role. According to a study conducted by Brand essence Market Research and Consulting, the cybersecurity market is expected to be worth $403 billion by 2027. The North America region is believed to dominate the global cybersecurity market.

These overwhelming and highly alarming statistics are a cry for order and maintenance. Cyber threats might have drastically spread and evolved due to the pandemic but the reality remains that not one industry worldwide is equipped to handle the numerous cyber-attacks. Cost of breaches has been rising consistently and the biggest challenge is to leverage technology for a better cyber-hygiene environment.

Drata Is Now Available In The AWS Activate Console