ITSecurityWire
Home Featured Articles The Future of Cyber Warfare: Is Attack the Best Form of Defence? 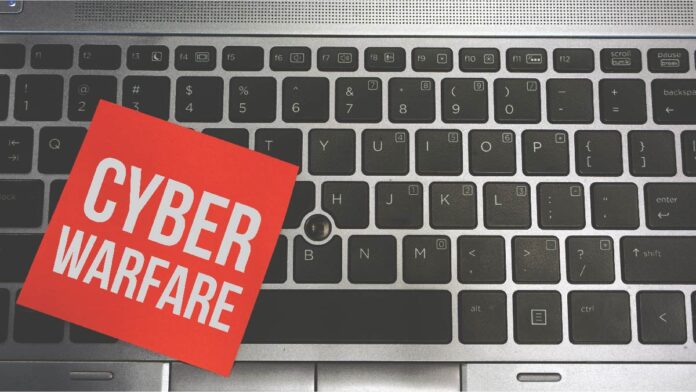 Cyber-attacks are becoming increasingly prevalent in businesses across the world. Military forces and national security agencies are now turning their attention to the cyber space as cyber-attacks by nation states have become an increasingly common method of warfare.

The use of offensive cyber-attack by nation states against one another has blurred the line between non-state cybercriminals and spies. It is becoming a common method of warfare and diplomatic disruption. With the world growing increasingly dependent on the internet especially for critical services, these concerns have become more relevant than ever.

This has provided malicious actors, from criminal groups to state-sponsored actors with opportunities to wreak havoc through digital channels. And, this can have a drastic impact on civilian populations; for instance, the attack on Ukraine’s power grid in 2015 linked to Russia left over 230,000 people without electricity for hours.

Cyber-attacks have become extremely powerful since almost everything is now controlled by data. An attack can impact systems, knock out emergency services for days, disrupt the economy, and weaken military responsiveness. Since cyber-attacks can be launched instantly, without leaving any evidence, it makes them hard to predict and counter.

The weapons used to launch a cyber-war could be similar to the ones used by cyber criminals. It can vary from being completely basic to extremely sophisticated. DDoS, spear-phishing and social engineering are some of the standard weapons used to introduce an attacker to the network of an opponent.

Too dangerous to be ignored

Hackers are overcoming defenders by unveiling new malware and viruses every day. Varonis Security Research team has recently discovered a new malware called Monero crypto jacking malware, which plagued an enterprise for a year. As per the Hackerpocalypse: A Cybercrime Revelation report, the cost of cybercrime damage will reach $6 trillion by 2021 and $10.5 trillion by 2025.

The cloud explosion has created another issue. As more businesses move to the cloud, so do the cyber criminals. And, increasing cyber threats and vulnerabilities open the doors for cyber warfare on both state and national infrastructure.

There is very little clarity on the international rules and consensus regarding cyber warfare.  Cyber warfare is an uncharted area; therefore, it is crucial that responsible nations work on developing a set of international rules for cyber-conflict, similar to how conventional war is governed by the Geneva Convention in order to minimize the risks.

Governments should also put in place their own rules and regulations to ensure cyber-strikes are conducted in a responsible manner; to ensure that they are highly targeted and have minimal impact on the public. Experts in the filed believe that before an attack is made, a theoretical test should be conducted to analyze how it may affect the general population. Moreover, safeguards should be put in place before strikes are conducted, to ensure governments have full control of the situation.

In the coming years, as threat actors increasingly launch cyber-attacks on bigger targets, governments around the world will develop their own threat mitigation mechanisms to strike back and disrupt operations of groups and states that threaten them.

Right now, all cyber-attacks are planned and co-ordinated by humans. But, in the future, it may be devised and carried out by artificial intelligence. AI systems have the ability to analyze and break into secure systems faster than humans, and this could cause disruption on a bigger scale than previously possible.