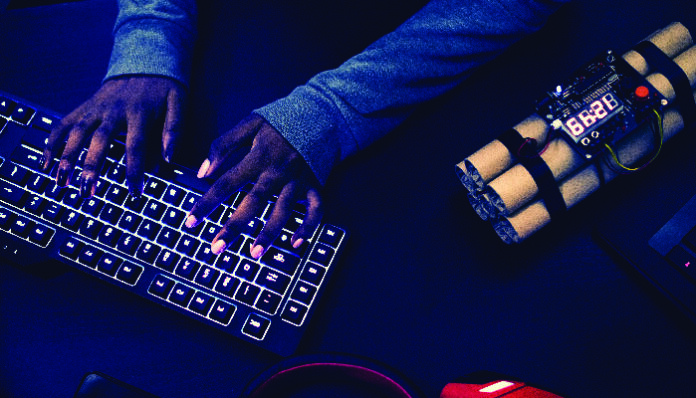 Given the increased activity of both state-backed operations and financially driven cybercriminals, organizations must become better at addressing threats from undiscovered vulnerabilities. Although there were a record number of zero-day attacks in the past year, companies can stay safer by following some essential cyber-hygiene strategies.

Zero-day attacks have become the reason for restless nights for security professionals. Researchers recently identified a new vulnerability in Microsoft Office that allows attackers to carry out Remote Code Execution (RCE). Researchers refer to the evolving threat as the Follina exploit and claim that all versions of Office are vulnerable. As blue teams don’t have time to prepare or patch their systems to safeguard against these software vulnerabilities, threat actors can wait until they have gained access to a company’s environment to exfiltrate data while remaining completely invisible.

Furthermore, even though threat actors have been using zero-day exploits for several years, the number of vulnerabilities discovered in recent years has increased at an unprecedented rate. More zero-days are being found, not necessarily because hackers are creating new vulnerabilities, but because security firms are becoming better at detecting them. However, not all zero-days are made equal. Some exploit easy flaws in frequently used applications, while others, like the attack on Solar Winds, call for more complex and innovative techniques. Fortunately, there are several cyber-hygiene strategies that can keep a company adequately prepared to counteract zero-day vulnerabilities.

A zero-day attack will typically use a previously unknown vulnerability to enter an environment, map the environment, and then launch the attack when it is ready. An incident response team would be unable to stop further damage at this point. An approach to security that prioritizes monitoring for certain behaviors and techniques that a known threat group or hacker may use, instead of scanning for specific bits of malware, is necessary to be vigilant for these slow-burn attacks. In other words, the technology of the company being used need to be enough to defend against unforeseen threats. Many zero-days may never reach a hard drive, making it pointless to direct threat detection software there.

Patching is essential for defending against exploits. Most vendors will create a fix as soon as a Proof of Concept (PoC) is made public on the Dark Web or other legitimate forums. Prioritizing the exploits that are risky and relevant to the company can be done by following recommendations from federal agencies like the CISA or industry groups like (ISC)2.

Zero-day exploits, however, are vulnerabilities that the vendor is unaware of, hence there is no fix available. Without detections and protections that are comprehensive enough to identify techniques and processes, it is exceedingly challenging to defend against these. Certain activities can sometimes be blocked by protection technologies utilizing behavioral detections, but human expertise in a Security Operations Center (SOC) is the only defense in other situations.

The best way for a business to reduce the financial and data losses that zero-days can cause is to invest in the human element of security. A security team can more easily identify signs that a zero-day might be aimed against them and deploy the necessary updates by gaining visibility into every component of an ecosystem.

Fortunately, despite the fact that more zero-day vulnerabilities are being found than ever before, they are still relatively rare in cybersecurity. However, the commercialization of threat actor groups, including Ransomware-as-a-Service (RaaS) platforms, has produced an environment that rewards the buying and selling of zero-day vulnerabilities.

With such skilled attackers, practically every company, regardless of size, should be concerned. No matter where a zero-day exploit comes from, security operations can always find and stop threat actors from hiding out in the shadows of an IT ecosystem. Therefore, while patching is a necessary precaution, hiring trained security professionals, whether internal or extremal, is the strongest line of defense against zero-day vulnerabilities.

The Rising Need for Synchronized Security Standards for IoT