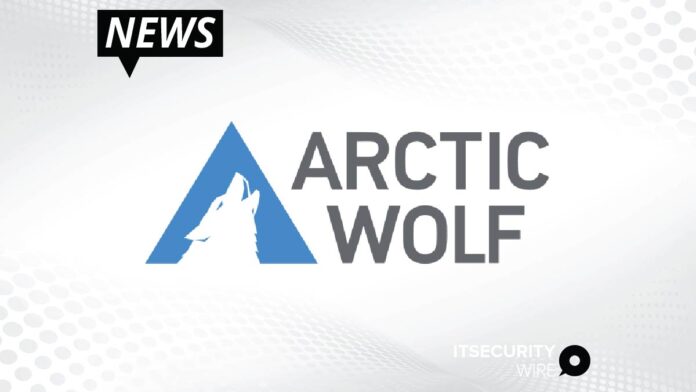 Arctic Wolf®, a leader in security operations, today announced the global expansion of its industry-leading cloud-native platform, the Arctic Wolf Security Operations Cloud, to provide customers and partners with unified visibility, protection, and automation, through a growing number of technical integrations. With the establishment of a European Security Operations Center (SOC) in Frankfurt, Germany, Arctic Wolf customers in any location, will have full flexibility in how their native security solution data is stored and accessed to aid in their compliance with local and international data governance regulations.

Built on an open XDR architecture, the Arctic Wolf Security Operations Cloud has scaled to ingest, parse, enrich, and analyze over 1.6 trillion security events and 1.3 petabytes of data each week from over one million licensed users at 2,000 global customers. By leveraging machine learning and artificial intelligence the Arctic Wolf Security Operations Cloud now processes events at an equivalent or greater rate than that of other market-defining cloud platforms. This momentum is driven by a strong uptick in demand for the technology in the enterprise market, demonstrated by Arctic Wolf’s 510% year-over-year large enterprise ARR growth in the first quarter of the fiscal year.

Also Read: Offensive testing can keep enterprises ahead of adversaries

Unlike the rest of the industry that is just now starting to parse solutions to integrate data from multiple attack surfaces, Arctic Wolf’s platform was built from day one on a cloud-native architecture that seamlessly ingests data from endpoint, network, identity, and cloud sources to deliver automated threat detection and response at scale. This unification of an organization’s security data ensures only verified security incidents are escalated to customers, effectively eliminating alert fatigue, and ensuring internal security resources have the time needed to focus on hardening their overall security posture.

To further support Arctic Wolf’s ongoing global expansion, the company has leveraged the scalability and extensibility of the AWS public cloud infrastructure, providing new customers the ability to have their native security solution data hosted within the Arctic Wolf Security Operations Cloud in their choice of the United States, Germany, or Canada.

With five SOCs spread across North America and Europe, as well as a growing team of remote security analysts, organizations within Arctic Wolf’s global customer base can have confidence that the Arctic Wolf Concierge Delivery Model aligns with the needs of their compliance requirements on their security journey to end cyber risk.

The massive growth in the power and scale of the Arctic Wolf Security Operations Cloud has been pushed by explosive market demand for security operations, which has resulted in the company doubling its sales for eight consecutive years and achieving a $4.3B valuation as part of a $150M Series F funding round in July.

In addition to the business expansion driving the momentum of its cloud-native platform, Arctic Wolf has also made aggressive investments in ecosystem integrations, resulting in the Arctic Wolf Security Operations Cloud adding support for dozens of new security data sources over the last year. Arctic Wolf’s universal and unlimited approach to data ingestion allows customers to gain visibility and control over historically disparate security solutions, while removing the need for security leaders to choose which data sources are important or cost-effective to monitor.

“While every other aspect of the modern technology stack has a category-defining platform —think Salesforce, ServiceNow, and Workday— no one in cybersecurity has managed to unify the market and produce a true platform that serves all security operations use cases for midsize and enterprise customers,” said Nick Schneider, president and chief executive officer of Arctic Wolf. “The Arctic Wolf Security Operations Cloud delivers exactly that – the unified security operations experience that owns the outcome for the customer, and our new global footprint makes it easier than ever for organizations to have full control over where their native security solution data is stored.”

“Accelerated digital transformation and the shift to cloud-based solutions require organizations to rethink data protection strategies and upscale their data security infrastructures to meet the ever-evolving privacy and data compliance landscape,” said Duncan Brown, vice president, European Enterprise Research, IDC. “This trend is global in nature and in Europe, in particular, we are seeing a rapid movement to adopt cloud environments. The vendors who will lead the market in that change will need to demonstrate a proven track record in delivering a mature, global cloud model that meets data sovereignty requirements without compromising speed and scalability.”

With the Security Operations Cloud, Arctic Wolf is the first to deliver a cloud-based platform that gives organizations the protection, resilience, and guidance they need to defend against cyber threats, including Managed Detection and Response (MDR), Managed Risk, Cloud Security Posture Management (CSPM), and Managed Security Awareness —each delivered by the unique concierge delivery model.