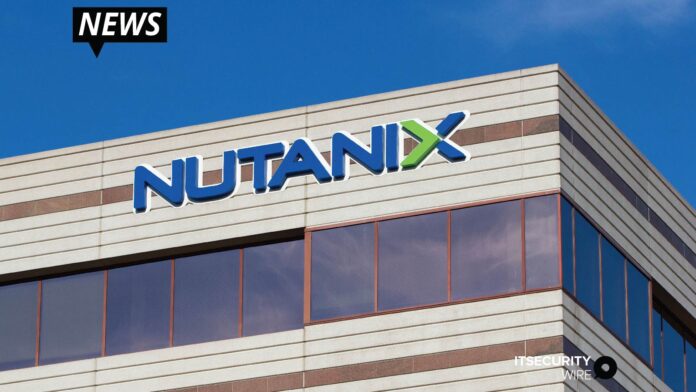 Nutanix, a leader in enterprise cloud computing, today announced major new capabilities in its popular hyperconverged infrastructure (HCI) software, delivering significant innovations to the datacenter and cloud markets. Specifically, these innovations will bring up to 50% faster performance, native virtual networking to simplify multicloud deployments, end-to-end security monitoring to support a Zero-Trust strategy, and expanded automation and budgeting capabilities for cloud resources. In addition to extending its HCI software stack to the public cloud, the company continues to set the bar for innovation in the fast-growing HCI market, putting true IT modernization within reach of all organizations.

HCI has become the standard for powering modern private clouds, and Nutanix software is recognized by more than 17,000 customers and leading industry analysts for its unmatched simplicity, scalability, resilience, and security, all of which conclude that Nutanix is an undisputed leader in the fast-growing HCI market. Most recently, the company was recognized as a leader in The Forrester Wave™: Hyperconverged Infrastructure, Q3 2020, in which it received the highest score across all three categories: current offering, strategy (tied), and market presence. The Forrester report shared: “Nutanix has maintained its position atop the HCI market with its innovation, R&D investment, sales momentum, partnerships, and acquisition of new customers from all segments and geographies … It has a clear, impressive roadmap for its product lines.”

Nutanix has once again advanced its HCI architecture to exploit the latest in storage technologies, including NVMe based SSDs and Intel Optane SSDs. The resulting lower latency will deliver up to 50% faster performance for I/O intensive workloads, such as large databases and large-scale healthcare applications. The advancements also improve VM density to lower the overall total cost of ownership (TCO) for all applications.

A Zero-Trust strategy requires granular network policy controls and the ability to monitor and update those controls in real-time. Many organizations, however, struggle with application visibility and unified security management. Security Central provides customers with a hub for their security operations so they can easily assess the overall security posture of their Nutanix deployments, generate detailed recommendations to bring environments into compliance, and provide the network visibility and context needed to secure cloud networks and applications.

In addition to Security Central, Nutanix also announced new security capabilities, currently under development, to help customers strengthen their Zero-Trust strategy. These include extensions to Nutanix’s native key manager and data encryption to deliver a simplified and secure environment for edge and ROBO deployments; AHV support for Microsoft’s virtualization-based Security (VBS) and Credential Guard that helps protect Windows VDI desktops against sophisticated memory attacks. Lastly, the company announced new security certifications, including updated FIPS 140-2 certificates, the government’s acceptance of all Common Criteria evaluation work, as well as the completion of testing for a listing on the DoDIN Approved Products List (APL).

Today, the company announced that new virtual networking capabilities in Nutanix Flow, which are natively integrated into the Nutanix HCI software stack, are under development. Based on well-understood VPC (virtual private cloud) constructs used by major public cloud providers, Flow Networking will simplify the tasks of creating, isolating, and managing software-defined networks that connect applications running in private data centers and in public cloud environments, significantly simplifying networking for hybrid and multi-cloud deployments.

This new VPC technology is a result of the company’s multi-year investment in Nutanix Xi Cloud, which powers Nutanix’s cloud-based solutions. Integrated with the company’s AHV virtualization, it will provide customers with expanded options to connect their multiple clouds, incorporate advanced networking features, and support DevOps teams through agile networking that facilitates rapid and automated provisioning of new applications into multiple environments.

Read More: Role of Innovation Teams During and Post COVID-19

“Our engineers and architects are building the foundation for hybrid architectures to run their applications and manage their growing volume of data, something even more important now as IT is playing a more strategic role,” said Rajiv Mirani, Chief Technology Officer at Nutanix. “To help our customers transition to hybrid and multicloud operating models, Nutanix has made significant investments in research and development to advance our core software stack. These new capabilities will help further strengthen the performance and reliability of our software, extending our journey across networking, security, performance, and automation.”