ITSecurityWire
Home Quick Bytes Taiwanese Officials Warned Acer of the Second Cyber-attack in Less Than a... 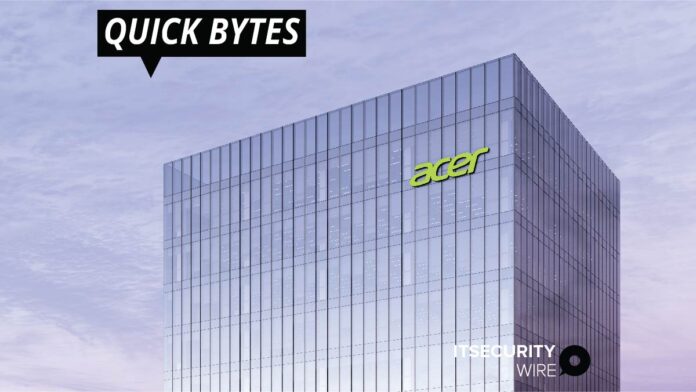 Acer has announced another intrusion on its servers in Taiwan, less than a week after the same organization targeted their operations in India.

The Desorden Group, which claimed responsibility for both attacks, stated that one of the goals of the second attack was to demonstrate that Acer is falling behind in terms of cybersecurity and is a global network of vulnerable servers.

According to Acer spokesman Steven Chung, the business recently discovered an isolated attack on their local after-sales service system in India, as well as the second attack in Taiwan.