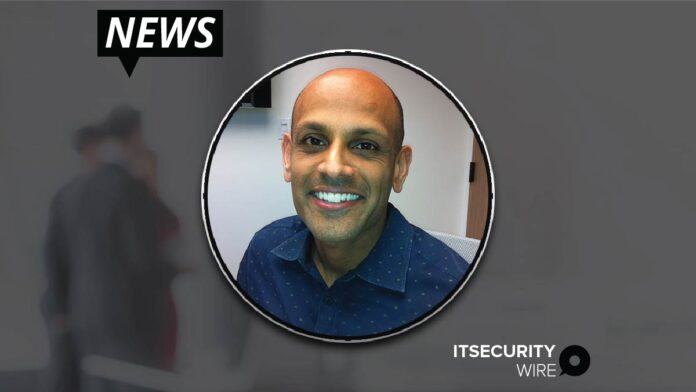 Lacework, the security company for the cloud, today announced Jay Parikh, a technology visionary and longtime industry leader, has joined the company as Co-CEO. Parikh joined Lacework as an advisor in May following his tenure at Facebook as VP, Head of Engineering and Infrastructure, where he led a global team of tens of thousands of employees who built and scaled its software and hardware infrastructure and platforms.

Current CEO David “Hat” Hatfield, who joined Lacework in February, led the recruitment of Parikh. Hatfield will remain as Chairman and Co-CEO of the company and will continue to lead business strategy, business development/market expansion, and operations. Parikh, who will also join Lacework’s Board of Directors, will lead the company’s innovation engine, including the company’s product, engineering, and infrastructure efforts.

Together, the two leaders will partner with Vikram Kapoor, Lacework founder and CTO, to carry forward the vision he helped establish when Lacework launched in 2015.

“Jay and I have a professional relationship and personal friendship going back more than 20 years. That type of trust and mutual respect is not only invaluable, it’s a force multiplier as we work together to build Lacework into an iconic security company,” said Hatfield.

“I can’t think of a better person to lead Lacework’s technology organization as we double down on changing security forever with a platform that embraces data and automation, bridges security and DevOps, and secures the world’s shift to the cloud.”

Parikh is one of the few technology leaders who has architected, built, and operated cloud infrastructure at scale. At Facebook, his team tackled the tech industry’s hardest scale and technological challenges, driving innovation for everything from the physical infrastructure – data centers, servers, networking, subsea cables – to the thousands of massive scale software, data/AI, and security systems that, together, power the Facebook family of apps. This enabled Facebook to grow its community from three hundred million people to over three billion people around the world who are constantly communicating and connecting with each other in real time.

Parikh also played a key leadership role in industry-transforming initiatives like the Open Compute Project and the Telecom Infra Project. Prior to Facebook, Parikh oversaw all product development, core infrastructure, product management, and operations for the company’s social networking platform at Ning.

At Akamai Technologies, where Parikh initially met Hatfield, he helped build one of the world’s largest and most globally distributed cloud platforms. In his new Co-CEO role, he will lead Lacework’s growing technology team and research and platform development efforts as the company scales to meet the ever-growing high demand for Lacework’s Platform.

“Joining Lacework as an advisor gave me a closer look into the potential of the company, and as I learned more, I knew immediately it was something I wanted to be a part of longer term. Lacework’s approach is profoundly different from anything else in the market, and Hat and I are excited to lead together to scale Lacework into the industry’s preferred security platform for the cloud,” said Parikh. “Together, we will broaden our leadership reach, execute with precision, deliver faster, and accelerate the growth of Lacework — all with a relentless focus on serving our customers.”

Also Read: Addressing the Impact of the Organized Cybercrime Ecosystem

Parikh’s appointment as Co-CEO builds off of the recent expansion of Lacework’s executive leadership bench and advisory board with some of the technology industry’s leading thinkers. In May, Lacework announced that Murray Demo, former CFO of Atlassian, Rubrik, and Adobe, among other companies, joined the Lacework Board of Directors. The company also added Adrian Ludwig, Atlassian CISO and Frank Slootman, Snowflake CEO as company Advisors.

“Rocketship companies share two common characteristics – a product vision that maps to where the industry needs to go to solve a major societal problem, and a team that knows how to execute better than anyone else,” said Mike Speiser, Managing Director at Sutter Hill Ventures and a Lacework Board Member.

“Jay Parikh is a proven technology leader who has a long track record of building and scaling technology organizations that change entire industries. The combination of Hat, Jay, and the other outstanding talent that Lacework has attracted, underpinned by the world’s most innovative cloud security platform, is a recipe for a breakout company and long-term success.”

The addition of Parikh as Co-CEO comes with continued record breaking growth for Lacework. In the first quarter of 2021, Lacework reported revenue tripled year-over-year, driven by a 5x increase in new customers where nearly half of all new customer wins were competitive takeouts, an expanding partner ecosystem, and an almost 300 percent increase in employee growth year-over-year. With eight straight quarters of sequential revenue growth, Lacework continues to dramatically increase market share.